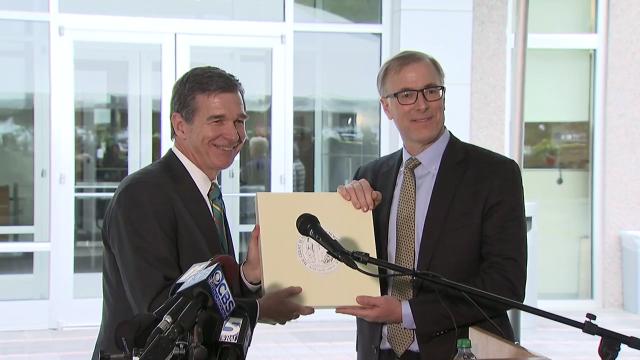 Raleigh, N.C. — A few months after taking office, Gov. Roy Cooper took the stage in a Research Triangle Park office building to announce a 1,200-job deal with Credit Suisse in exchange for $40 million in incentives. A few weeks later, he stopped in Wake County to herald a $25 million incentive award to spur the creation of 2,000 jobs at the tech firm Infosys.

North Carolina officials billed the job announcements as major wins for the state.

But they rankled Donald Bryson, state director of the conservative Americans For Prosperity, who just last week launched an online campaign to criticize Cooper for his use of incentive programs, especially in the most prosperous counties in the state.

"It's just a terrible trend where what you have are really special sweetheart deals to move to some of the most politically connected areas," Bryson said.

Yet, as North Carolina governors go, Cooper is unremarkable.

Data from the Department of Commerce show the Democratic governor is largely following the trends of his predecessors on both sides of the aisle, who have dedicated vast majorities of incentive cash to the state's booming metros. Since at least 2009, the state's 20 most prosperous counties have claimed the largest number of grants from the two biggest incentive programs, the Job Development Investment Grant and the One North Carolina Fund. Those same counties, which include Wake and Mecklenburg, claim 80 percent of the state funding pledged to companies in exchange for hitting job goals.

Critics of the programs say the emphasis on already wealthy counties diverts incentives away from the state's neediest counties, many of which are still struggling to reduce their unemployed population.

"The companies go where they want to go," Commerce Secretary Tony Copeland said. "They select for where the talent force is."

Regardless of party, fewer incentives for poorer counties

The Department of Commerce separates counties into tiers based on factors such as unemployment rate and household income. The 40 most economically distressed counties make up Tier 1, while another 40 counties that score slightly better are Tier 2. Only 20 counties are designated Tier 3 – the state's least economically disadvantaged.

Job promises miss the mark, but come in under budget

Yet, the state has pledged $768 million to companies planning to expand and relocate in these wealthy counties from January 2009 through June 2017. That's four times the amount pledged to companies in the other 80 counties combined.

JDIG and One North Carolina are both funds used at the executive branch's discretion, capped by the legislature. They're administered by Commerce officials, an agency overseen by the governor. But the party in power, data show, doesn't make much of an impact on how the numbers shake out.

In the first six months of his term, about 85 percent of Cooper's incentive grants have been directed to the state's most prosperous counties. The same time period for former Republican Gov. Pat McCrory saw about 94 percent of the grant amounts directed to companies in those counties, compared with about 63 percent for Democratic Gov. Bev Perdue.

North Carolina State University economics professor Mike Walden says it's not surprising to see that trend continue, regardless of politics. He said movement toward the state's metros has been naturally reflected in the companies that approach the state and eventually decide to hire here.

"My expectation would be that, when Commerce gets requests, they find overwhelmingly that they're in these prosperous counties," Walden said. "If you're not getting interest in those rural counties, it's hard to balance."

Even critics of the state's incentive programs, like Joe Coletti of the conservative John Locke Foundation, say it would be hard for these grants to override a company's desire to move to a big metro.

There is one built-in mechanism for equalizing the disproportionate amount of awards to prosperous counties. A portion of every JDIG award to a top-tier county flows to the Utility Fund, used to finance economic development projects such as infrastructure improvement in more rural counties. That figure totaled a potential $257 million for economically distressed counties from 2009 to mid-2017.

"There are bigger forces at work here that through public policy we just can't overwhelm," Walden said. "Right now, everything has shifted to the metros." 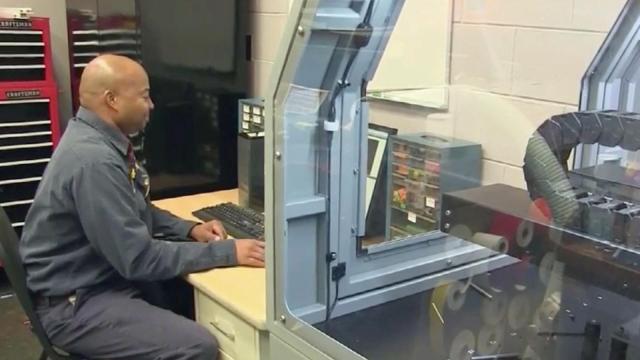 'Where the economic engines are'

In the first six months of their terms, governors committed a substantial percentage of incentive money toward companies in Wake and Mecklenburg counties, the state's two largest and most prosperous.

Through June, Perdue committed 42 percent of her incentive funding to those counties, compared with 92 percent for McCrory. Thus far, Cooper has committed 19 percent to those two counties alone, although the data through June doesn't include his big-ticket incentive award to Infosys in July or the larger Credit Suisse project split between Durham and Wake.

But Copeland said it's incorrect to assume that job growth in prosperous counties doesn't impact rural areas. In many counties, he said, much of the workforce commutes into cities like Raleigh and Charlotte from more rural homes.

"We're not islands," Copeland said. "That's where the economic engines are."

Spurring economic progress in rural areas, he said, will take investments in infrastructure for transportation and energy, as well as workforce development. In most cases, these investments are outside his department's control – and outside the scope of JDIG and One North Carolina grants.

"We need to do something more robust for the rural areas," Copeland said. "We have to continue to work on getting large manufacturing, as well as small business, back into rural counties."

How strategic are incentives?

In the meantime, critics like Bryson said they'll continue to knock state leaders for pursuing incentive programs that disproportionately help prosperous counties. He says some of that criticism is directed at Republican lawmakers, who chose to continue the programs and expand them for so-called "high-yield" projects with big job promises – like Amazon's quest for a second headquarters.

Although Cooper's Republican predecessor also pursued high-dollar urban incentive grants, Bryson said his group singled Cooper out in their most recent campaign, in part, because of his stances during the 2016 gubernatorial campaign.

"Yes McCrory did it, but Gov. McCrory didn't campaign railing against corporate tax giveaways," Bryson said. "I think there's a fair argument to be made there. But the problem was, once [Cooper] got into office, he started giving money out as fast as everyone else did."

"Gov. Cooper is focused on creating good new jobs and putting more money in the pockets of middle-class families. That means working to recruit businesses and grow companies small and large, urban and rural," Porter said in an email to WRAL News. "It also means stopping giveaways to the wealthiest individuals and largest corporations in the tax code and instead targeting tax breaks to the middle class – as the Governor proposed in his budget."

As long as incentives are tied directly to job creation, Porter said, they're an important strategic tool for recruitment in the state that the governor will continue to use.

But critics like Freyer said the state needs to improve that strategy to direct economic development resources to the places that need it most.

"The question is whether we can do better," Freyer said, "and given the jobs crisis in rural North Carolina, we need to do better."