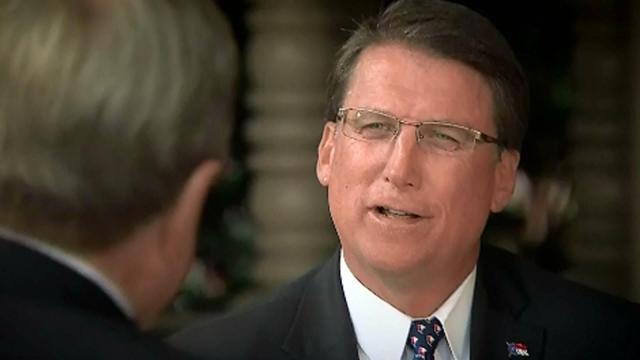 WRAL submitted the request on June 9 seeking five months of emails referencing Attorney General Roy Cooper or the State Bureau of Investigation. At the time, state lawmakers debated transferring the SBI from the Department of Justice, led by the attorney general, to the Department of Public Safety, which is overseen by appointees in the executive branch.

The measure passed, with proponents arguing it would save money and create a more efficient agency better equipped to prevent major crimes. But critics argued moving the agency from under the independently elected Cooper, who is expected to challenge McCrory for governor in 2016, would undermine the SBI's ability to investigate political corruption.

McCrory Communications Director Josh Ellis said Tuesday that his staff was "very close" to finalizing the request and hopes to have it by the end of the week. On May 20, he estimated his office was reviewing more than 10,000 emails to ensure staff is protecting confidential information.

"As we’ve discussed numerous times, this was a very broad request involving the legal review of thousands of emails and related documents," Ellis said in an email Tuesday.

North Carolina law does not set a time limit for response to requests, but says public records should be provided "as promptly as possible."

Given the size of the request and the legal mandate, a year-long wait is "absolutely unreasonable," said Jonathan Jones, director of the North Carolina Open Government Coalition at Elon University.

On Tuesday, Ellis did deliver records in response to a WRAL request for emails concerning the sale of the Dorothea Dix property. That request was submitted eight months ago.

The City of Raleigh, which bought the property from the state, responded to similar requests for records within weeks.

While Jones said many agencies in the state have been slow to hand over email, that's not the case for all government employees. He's noticed agencies that respond quickly typically have well trained staff that don't need to send everything to legal review.

The City of Greensboro, for example, took less than four months to comply with a resident's request for several years of email from members of the city council. The city's response resulted in about 6,000 emails.

"I think that customer service is the most important aspect of public records requests," said Greensboro Internal Communications Specialist Sarah Healy, who wrote the city's records policy and helped create a tracking system to publish both requests and records. "I'll let you know even if I don't have your records."

Jones says an agency's responsiveness really boils down to whether it sees records requests as an essential part of their function or an added burden.

"It tells me it's not as hard as people are trying to lead us to believe," he said. "If a city like Greensboro can do it, an agency with the resources of the Governor's Office can certainly respond as promptly, if not more promptly."

The Governor's Office fared poorly earlier this year in an experiment by multiple newsrooms, including WRAL, to test how quickly and thoroughly the state’s top agencies respond to public records requests. A month after asking 18 of North Carolina's top government leaders for their travel records, McCrory's office was one of only two agencies that failed to produce records.

After four months, reporters are still waiting for those documents.

"This isn't the first complaint I've heard about the Governor's Office in the past year," Jones said.

Several media outlets sued in 2008 over access to the emails of then-Gov. Mike Easley, a Democrat, after state workers claimed staffers were told to routinely delete sensitive email.

But intentional or not, he said the result is the same.

"The people requesting records can't see them," Jones said. "It's still bad for our democracy in the state and for the concept of transparency in the state."