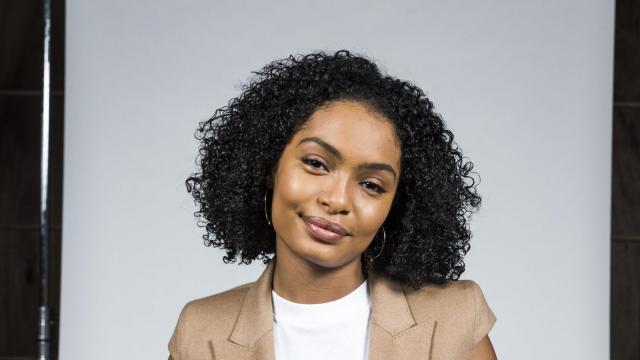 It’s been three days since Zoey Johnson — the oldest child in ABC’s “black-ish” family, played by Yara Shahidi — departed for the fictional Cal U. And already, her father is a shell of a man, begging her to come home for the weekend.

“Whyyyyyy???” Anthony Anderson, as the paterfamilias Dre, wails from the confines of his walk-in closet. “It hurts so bad.”

But Zoey? She’s definitely too cool for school in “grown-ish,” a spinoff of her own having its premiere on Wednesday, Jan. 3, on Freeform. Until she’s not.

“In the very first scene, she is like every other moment: extremely confident in who she is and still kind of annoyed by her father,” Shahidi said. “But pretty immediately it’s revealed that she has no clue what she’s doing in college, and we kept Zoey amid that crisis. I think that’s what the show really is about: how one forms relationships and their personal ethics in this new time.”

It’s a time that Shahidi, who turns 18 in February, is preparing for during a gap year before heading to Harvard. “I’ve been acting since kindergarten,” she said, “so I found it really important to take my time in this next step of my journey and appreciate it.” Here are edited excerpts from the conversation.

When did you learn about the spinoff?

It’s a funny story because I had just finished my college applications when my mama turned around to me and said, “Oh, by the way, Kenya [Barris, the “black-ish” creator] called with an idea for a spinoff.” And I looked at her twice — “Did you just say what I think you said?” — because I had never in my wildest dreams imagined a spinoff. But what I appreciate from a creative point of view is just how flawed Zoey can be.

“black-ish” is acclaimed for the way it tackles topical issues. What can we expect from “grown-ish”?

Zoey is battling pretty immediately with drugs and alcohol on campus. And later on we’re discussing safe spaces within diverse communities, and how do we ensure that we all feel protected when we talk about the differences in our experiences?

Will your TV parents be crossing over?

Yes, you do see my TV parents, and you see me on “black-ish” as well. “grown-ish” is very distinctly Zoey’s journey, but it’s not as though she is some lost child.

Not only are you going to Harvard, but also Michelle Obama famously wrote a college recommendation letter for you.

Mrs. Obama knew how much of an advocate I am for girls and STEM in terms of equal access to education, and I was able to be a part of the White House Science Fair [in 2016]. And on the International Day of the Girl [we were] Skyping girls from Peru, Jordan and Tanzania. So I’ve been really fortunate in not only having a platform but a fantastic support system.

You recently interviewed Hillary Clinton for the Teen Vogue Summit. What were you most excited to ask her?

As a new voter next year, a lot of my questions were about, “How do we make feasible change given our current sociopolitical situation?” Another was along the lines of James Baldwin, who had said, “Do I really want to be integrated into a burning house?” — which is not only ironic as we see these fires happening and our inability to combat natural disasters but also in terms of our administration.

Your father is Iranian, your mother is African-American, and you’ve called yourself “black-ish.” How has that affected your career?

As a biracial person, you’re told that you’re half of both, and being half is a really odd feeling. The way I’ve approached it is that I’m fully Iranian and fully black, and they coexist in one body. I’ve seen myself within both cultures, and I feel inspiration from both.

At the same time, I’ve heard from many a person that I can’t audition to be an Iranian person — people just don’t see me as one. And a lot of times people that look similar to me are the representation of blackness in the mainstream media, and it can be very exclusionary. My goal is to not only do my best to represent but then to be a part of the other sides of the narrative in terms of expanding people’s view of blackness and not making it monolithic.

How are your actual parents coping with your pending departure?

[Laughs] We’re just enjoying the time in which I’m still in their house and still seeing them every single day.