'Y'all are gonna kill each other:' Protesters from across political spectrum clash at Governor's Mansion

Raleigh, N.C. — Protesters from NC Born, ReOpenNC, the Proud Boys and other groups from across the political spectrum clashed for hours in downtown Raleigh on Saturday.

The energy between the groups was aggressive, with outraged remarks slung between speakers and chanters. The groups shouted back and forth, arguing over ideas like police violence, the mask mandate and the presidential election.

"Y'all are gonna kill each other!" shouted one protester.

"I don't understand the words that are coming out of your mouth," responded another protester.

On one side of the street, signs read "ReOpenNC Communist Cooper," and people waved Trump flags.

On the other side of the street, Black Lives Matter signs dominated.

"I think that division has always been there but it’s growing now," said Katherine Fowler, a supporter of Black Lives Matter.

In a call to action on social media, the group NC Born wrote, "Bigots, fascists, OAN, proud boys, and anti-maskers are invading Raleigh in a last ditch effort to undermine democracy. Rally to show them racism has no place in NC ... Come out in force." 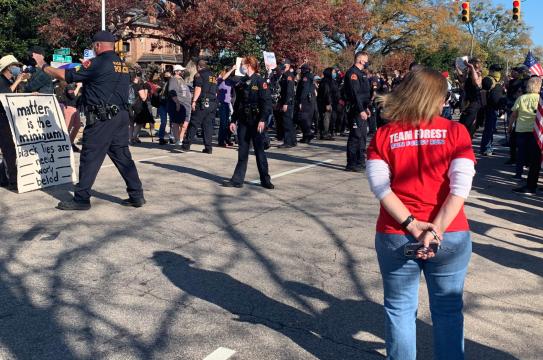 Bill Whicker, a member of The Proud Boys, took issue with classification of that group as a hate group by the Southern Poverty Law Center. He tried to talk to WRAL News, but he was cut short when others approached, screaming so that he could not be heard.

One man began to pray over the crowd, shouting curses as he did so. He said, "We're going to call on your name and be saved. We can call on Jesus Christ. We give you thanks Lord." 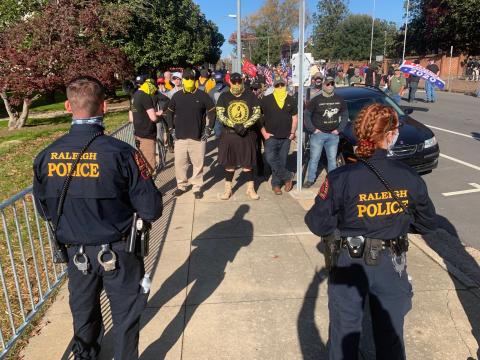 Another protester said, "We will stand up in the face of tyranny. You cannot have my North Carolina."

Around 1 p.m., the groups seemed to begin to march their own directions. One group chanting, "USA! USA! USA!" and waving Trump signs.

The other group chanting, "Whose streets? Our streets!" and waving signs that said Black Lives Matter. 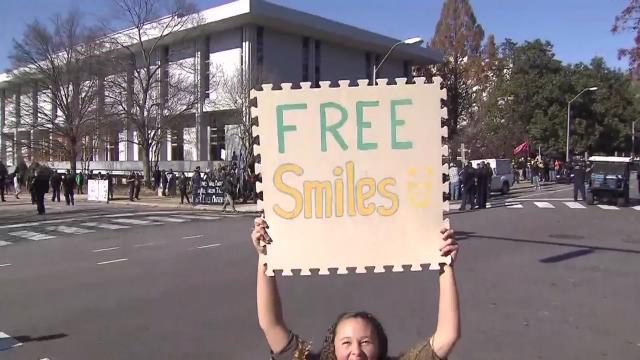 As the crowds parted, a young woman named Loua Love walked by with a large, colorful sign that said "Free Smiles!" 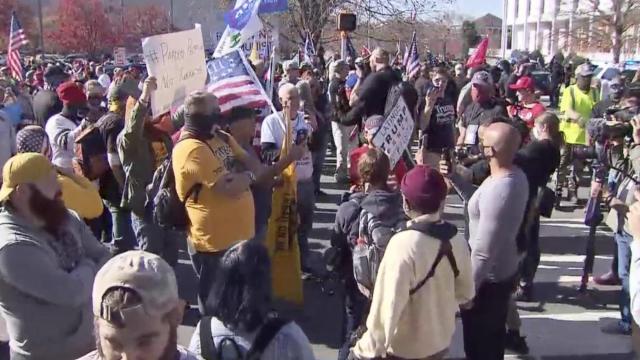