That's the name of the number the band plays. Champagne sparkles like the governor's chandeliers, and the great-grands gather 'round.

For it was the family matriarch who brought a motherly touch ... to the hell of war.

Betsy Dana Hutchison was 23 years old in 1943, a nursing school graduate. She was called to help during World War II. On March 27, she'll celebrate her 100th birthday. On Friday, friends and family gathered at the Executive Mansion with Gov. Roy Cooper, where she was honored for her service and upcoming milestone.

"The Army was asking for nurses and I volunteered," Hutchison said. 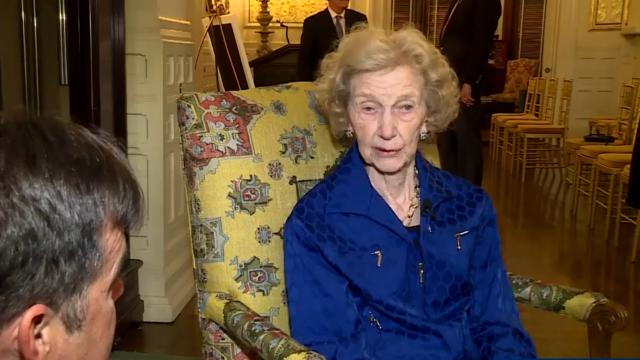 The farm girl from Ohio first served stateside, then she was off to the southern coast of England.

"The hospital was in a tent," Hutchison said. "We had foxholes out back of our tent."

Nothing nice about it. And then D-Day came. Gen. Dwight Eisenhower's heroes were flying over her, bound for Normandy.

"I'll never forget the sound of those planes," Hutchison said. 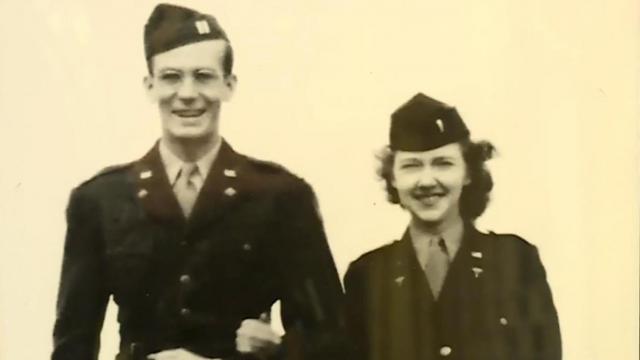 She'll never forget the look of the wounds and how young the men looked.

She later treated patients in a burn center. They desperately needed a motherly touch.

"You know, you were their mother," Hutchison said. "They were away from home, they were young and, well, they were hurting."

IN 1944, on a blind date, she met her husband, Grey Hutchison, a soldier. They came home from war to raise three children. 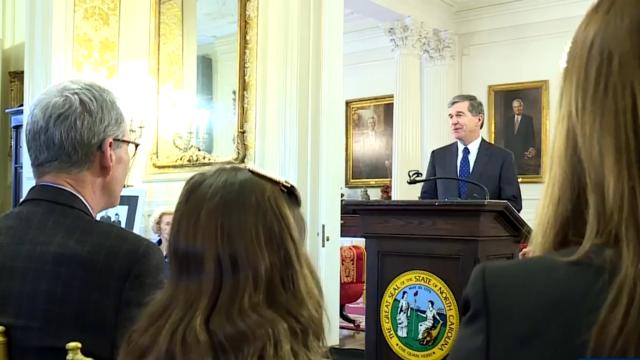 Gov. Cooper helped lead the celebration of her upcoming 100th birthday. He presented her with a gift: a piece of china adorned with the state seal.

"I wouldn't be here if it weren't for Betsy and the other veterans who were willing to put their lives on the line and defend our country," Cooper said.

Then the great-grandchildren led everyone in the singing of "Happy Birthday."

All so nice, and so richly deserving.