Wreck in work zone closes I-95 near Rocky Mount 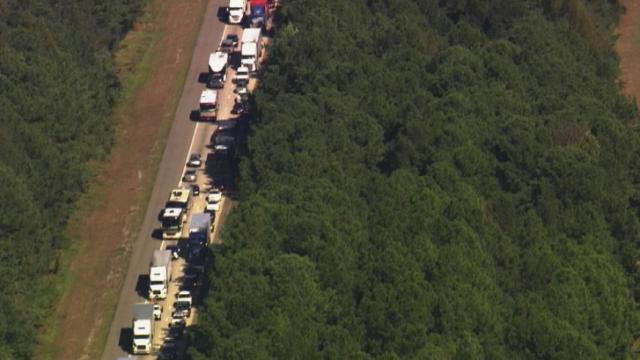 Rocky Mount, N.C. — A wreck within a work zone closed all southbound lanes of Interstate 95 in Nash County for about an hour Monday afternoon.

The state Department of Transportation had planned bridge maintenance for a two-mile stretch between mile markers 130 and 127 through the day Monday. That work closed a single southbound lane.

During the noon hour, a tractor-trailer that had stopped within the work zone was rear-ended by a car, and that car by another, Highway Patrol spokesman Sgt. Jeff Gordon said.

A woman and child were taken to Nash General Hospital with minor injuries, Gordon said, and another person was injured. Gordon did not have details on the identities or conditions of the injured Monday afternoon.