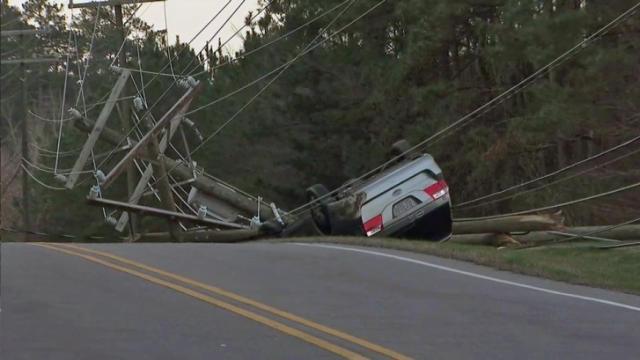 Durham, N.C. — No one was seriously injured in a wreck around 5:30 a.m. Wednesday that closed a two-lane road to traffic in Durham and brought down three power line poles.

Old Oxford Road was closed Wednesday morning between Hebron and Hamlin roads after a car crashed into a power line, knocking it into the road. Police said a second power pole fell down later in the morning, causing a second crash.

Officials said the road might be shut down for several hours.