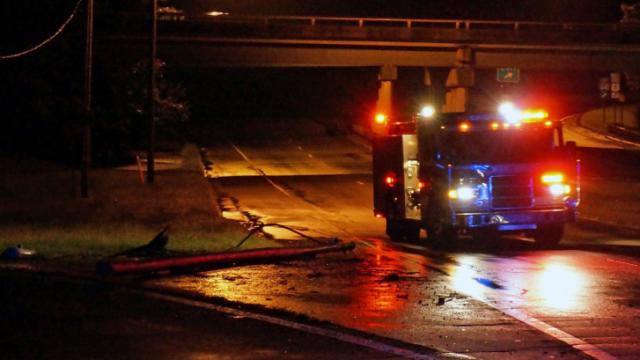 The wreck happened at about 2:30 a.m., according to investigators. The car, a four-door sedan, overturned in the wreck, and the driver was nowhere to be found.

The exit ramp from I-440 to Western Boulevard could remain closed through the morning commute. Drivers should continue on I-440 West to the Jones Franklin Road exit.

Drivers should take a right and then another right to access Western Boulevard.