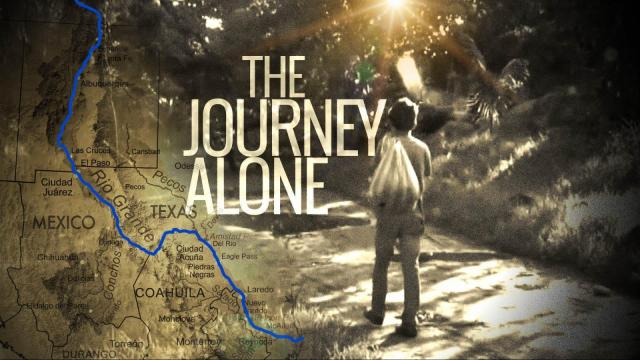 New York — WRAL News was presented with The Alfred I. DuPont-Columbia Award, one of the most prestigious prizes in journalism, Tuesday night in New York.

The honor, which is presented by Columbia University’s Graduate School of Journalism, was for the documentary “The Journey Alone” about the surge in illegal immigration of unaccompanied minors from Mexico.

For the documentary, WRAL News reporter Leyla Santiago and photojournalist Zac Gooch traveled to the Rio Grande Valley, where more than 52,000 children crossed the border alone. The journalists traced the path of the children and investigated how the crisis impacted North Carolina.

According to the award announcement, “The program is well-shot and well-paced, and expertly tackled a humanitarian and political issue of both national and local importance.”

“We knew this was a building, national story that had significant implications for North Carolina,” said WRAL News Director Rick Gall. “Leyla and Zac did an amazing job in Texas and back here, capturing the many layers and perspectives surrounding children crossing alone into the U.S.”

“At the core of what we do is to inform, enlighten and educate our viewers,” said WRAL-TV Vice President and General Manager Steve Hammel. “I am pleased the judges recognized the excellent journalism of our team. Our viewers expect this quality and we strive to deliver it daily.”

Santiago spoke at the event and accepted the award along with a contingent of other WRAL staff members, including Hammel.

"This is a story that impacts every state, certainly impacts North Carolina, and it's a story that we will continue to tell," said Santiago as she accepted the award.