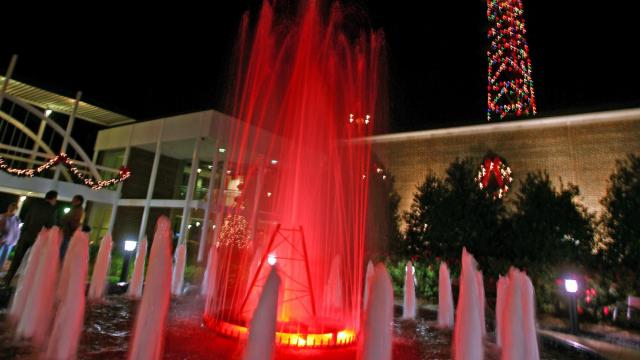 Raleigh, N.C. — When the switch is flipped Monday night on the WRAL-TV tower on Western Boulevard in Raleigh, it is part of a 60-year tradition.

In the early days, Fletcher read "A Christmas Carol" to viewers. That role was reprised in 2013 as David Crabtree read to young children, gathered in WRAL studios.

There have been some amazing entertainers over the years, filling the WRAL-TV studios and plaza with the sounds of Christmas.

And over the years, WRAL has kept up the tradition while also changing with the times. In the late 1990s, WRAL built a new tower.

Up until the last minute, crews were making sure each bulb was in place for that year's tower lighting celebration.

In 2007, WRAL made history as the first local television station in the country to live stream video from the tower lighting to mobile phones.

In 2014, WRAL used a drone for the first time to capture video of engineers testing the bulbs on the tower.

"I think we'll probably have some, um super-duper LED lights that flash," said Jim Goodmon, President & CEO of Capitol Broadcasting Company. "We've got to modernize this thing. That's true, we need to innovate out there."

The lights stay up year round, but WRAL saves the glow for this special season.