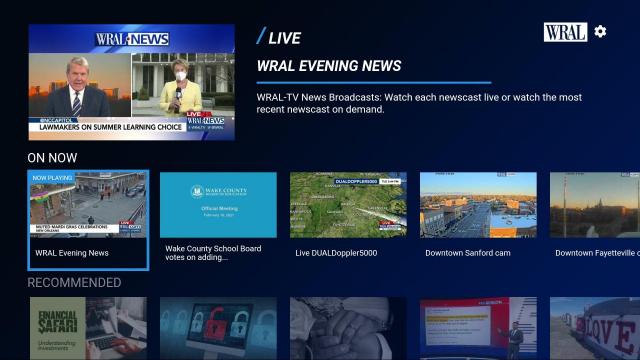 In 2016, WRAL Digital made a concerted investment in the burgeoning TV streaming landscape with apps for Amazon Fire TV and Apple TV devices. The company's Roku app also received a major update with a modern user interface, and more opportunities to reach a growing segment of "cord cutters."

That growth hasn't slowed, as "streaming grew 44 percent between Q4 2019 and Q4 2020, led by the smart TV category with a massive 157 percent year-over-year increase in viewing hours," according to Conviva's State of the Streaming report for Q4 2020.

"TV screens captured more than 75 percent of all viewing time in Q4 across connected TV devices, smart TVs and gaming consoles, while smaller screens waned," the report continued. "This trend lends itself, in part, to increasingly house-bound and less mobile viewers amid the pandemic outbreak in 2020."

With the launch of the updated apps, watching the latest newscast is easier than ever before. When the user launches the app, the newscast – whether live or on-demand – will automatically begin playing. If they want to browse other content, including previous Tar Heel Traveler segments or the latest WRAL Documentary, clicking the back button on the device's remote will minimize the currently playing video.

In addition to the live newscast and an archive of on-demand news content, the WRAL streaming app offers live streams of webcams positioned across eastern and central North Carolina, as well as streams from 99.9 The Fan, The Buzz and 620 The Ticket. Users can also find more than 70 documentaries produced by the award-winning WRAL Doc team, and episodes of Out & About TV and Brain Game.

Connect with WRAL wherever you are

If you already have the WRAL streaming app installed on your Roku, Fire TV, Apple TV or Android TV, there is little you should need to do and may have the update already. To check, look for a predominately blue app icon; the previous version of the app used a silver or gray icon.

To download the app on your Roku streaming device, navigate to "Search" from the device's home screen, and search for "WRAL." Click "Add Channel" to download and start using the new app. 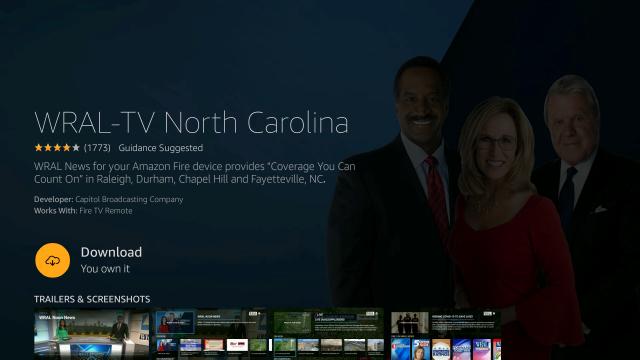 For users of Android TV devices – including the Chromecast with Google TV, Nvidia Shield and smart TVs running the Android operating system – open the Google Play App Store, search for "WRAL," and download and install the app.