Raleigh, N.C. — For years, a member of the WRAL family has been working to bring his wife and children to America.

Akwasi Koduah immigrated to the states from Ghana, a poor country in west Africa, about 20 years ago, with a vision.

"In the future, when I have kids, this place will be better for me to raise my kids," he thought.

He eventually became a U.S. citizen. 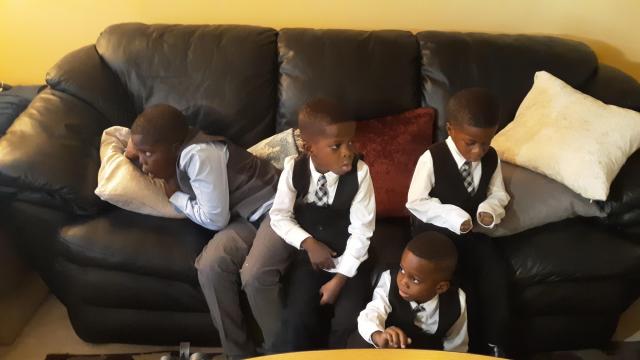 For the next five years, Koduah would visit his wife and children once a year and talk with them nearly every day by phone. His goal: to move them here, to Raleigh.

"He's so caring, hard working. Words cannot express how he is to me," his wife, Akosua Anokyzwa said.

On Wednesday, after a lot of hard work and generosity, Koduah stepped off the plane at Raleigh-Durham International Airport with his family. It was the end of a long journey and the beginning of their American dream.

The family will settle in a two-story apartment in Raleigh. The boys' bedroom, the master bedroom and the living room were all furnished courtesy of donations from her husband's co-workers at WRAL. 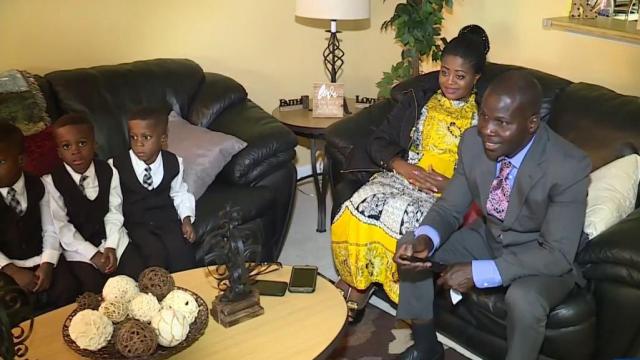 "I pray every day," Koduah said. "Oh man, this process was a headache."

He held down two full-time jobs: Working general services and maintenance at WRAL by morning, custodial services at Rex Hospital by night.

"When he's weighted with something, you can just hear it in his voice," said Diane Richardson, administrative coordinator for WRAL's news department. "We'd just keep him thinking: God is working."

A few weeks ago, the visas arrived. Koduah's family was at last coming to America.

Richardson said, "Our heart was for them to feel that sense of welcome when they got here, not bare walls and a bare floor, but a house that's safe for them, a house that has a heart that's open to them."

By Wednesday afternoon, they were home, in Raleigh, safe and together.