Worth the Ride: 5 Surprising Exhibition Spaces in Upstate New York 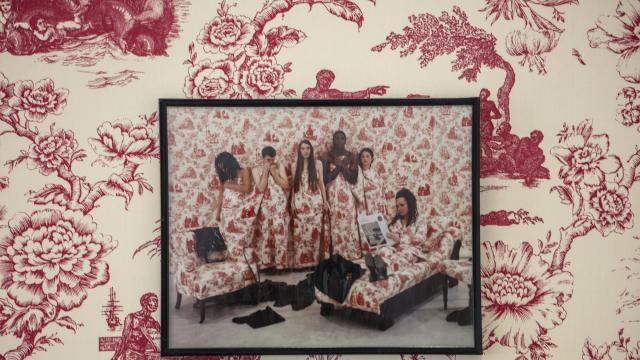 If the long holiday weekend tempts you to head out of New York City, you won’t have to venture far to find terrific art. Whether taking you deep into the woods, or simply away from the familiar ways and means of painting and sculpting, a range of shows waits for you in upstate New York this Labor Day weekend.

What exactly is it that art galleries do? An illuminating exhibition, “The Conditions of Being Art: Pat Hearn Gallery & American Fine Arts, Co. (1983-2004),” at the Hessel Museum, addresses that question in a survey celebrating gallerists Pat Hearn and Colin de Land. The two answers it offers, in a broad sampling of art and documentary material, are openly contradictory (and both right): Galleries provide a generous range of culturally enfranchising work that is free to all, while also grievously debasing culture by commodifying it for the benefit of a wealthy few.

And galleries are in danger. Today’s art showrooms, relics of a smaller, clubbier art scene, have lately been challenged by the proliferation of global art fairs, by online shopping’s assault on all brick-and-mortar retailers and by the inexorable rise in real estate prices.

A few decades ago, Hearn and de Land seemed to foresee what was coming. As colleagues and partners (they married in 1999) who ran separate but mutually supportive galleries beginning in the 1980s — hers under her own name, his most lastingly as American Fine Arts, Co. — they reshaped their businesses, balancing public good and private enterprise with a flair that has been seldom duplicated.

On the one hand, they co-founded the first Gramercy International Art Fair, in 1994, which became the gargantuan Armory Show in 1999. On the other, they showed highly conceptual — and anti-corporate — work by artists like Peter Fend, who has long been committed to exposing environmental depredations. They gave crucial support to openly gay and lesbian artists in the years when AIDs was devastating New York’s art world, and Hearn, in particular, was notably supportive of women.

The galleries promoted Philip Taaffe and Peter Schuyff’s arch revisions of op art, and the Hessel shows fine examples. They could hardly be more different from Mary Heilmann’s lush and intuitive abstractions on canvas, and Jessica Stockholder’s equally painterly assemblages of commercial goods, also on view here. The sheer heterogeneity could be called a kind of sales strategy — something for everyone — and also an earnest commitment to democratization.

Art based on cultural critique often has a short shelf life. But one work that has grown ever more timely is Lincoln Tobier’s 1992 media analysis, “Roger Ailes in Context,” recently updated. Ailes is gone, but his media empire, which includes Fox News, has hardly diminished. Stingingly current, too, is Renée Green’s installation, which uses printed toile that looks as if it were from the 18th century. Come closer, and you see that images of French aristocrats have been replaced by images of black nuns and goddesses, and well-dressed white lynching victims hang from trees.

Hearn, trained as an artist, and de Land, who studied philosophy and linguistics, were both close to the artists they represented; de Land made art pseudonymously as J. St. Bernard and, when collaborating with Richard Prince, as John Dogg. Both dealers opened galleries in Manhattan’s East Village during its short season as an art center, along with the directors of Gracie Mansion, Civilian Warfare, Fun Gallery and Nature Morte.

When the 1987 market crash caused rents to drop, they moved elsewhere. But the two galleries are inseparably linked to the ‘80s East Village scene, with its punk clubs and out-all-night energy. Much of this can be gleaned from the archival material included in the Hessel exhibition, which was curated by Jeannine Tang, Lia Gangitano and Ann Butler. (There is also a richly informative catalog.) Along with evidence of rollicking good times, the photographs, news releases and correspondence deliver their share of heartbreak. Nearly everyone involved, it seems, was young and charismatic, and far too many died far too soon. That includes Hearn and de Land, who succumbed in uncannily quick succession to cancer: she in 2000, he in 2003.

Their legacy is complicated. The galleries that now poach most freely on the territory of nonprofits are such mega-brands as Gagosian, Hauser & Wirth and David Zwirner, which devote their vast real estate to museum-quality exhibitions in which little of the art is for sale. At the same time, the gallery scene is once again diversifying, as is demonstrated by a wealth of out-of-town upstarts joining some established venues.

At The School, Jack Shainman’s museum-scale gallery inside a former public school in Kinderhook, this year’s featured artist is Radcliffe Bailey. Introducing Bailey’s show there, “Travelogue,” is his arresting installation “Windward Coast — West Coast Slave Trade,” a thunderous sea of old wooden piano keys amid which a single glittering black human head stares upward, at some distance from a small, ghostly black schooner. Buried deeper in the wooden waves is an upright tribal figurine: perhaps the lost dream of a drowning man. Among other sculptures by Bailey (there are collages on view as well), another standout is a haunting assemblage of rock and iron that forms a Christ-like head, haloed in barbed wire and collared in spiked iron, and taunted by a single jingle bell that dangles soundlessly above.

This sprawling art park in Ghent rivals in size the long-established Storm King Art Center farther south. Scattered on its grounds is an assortment of recent and older art, from Richard Nonas’ ground-hugging weathered wood grid — it looks like a relic from a fallen culture of geometricians — to Folkert de Jong’s figurative fancies. Especially eye-catching is Alex Schweder and Ward Shelley’s fully habitable (if not altogether hospitable) glass house, which sits on a column atop a hill and swings slowly in the breeze. This summer, Omi’s indoor gallery hosts a gemlike exhibition of Thomas Nozkowski’s recent abstract paintings, each a marvel of invention, and all seeming particularly luminous under natural light. His work has never looked better.

Now sitting atop the artfully landscaped grounds of Olana, the former residence of Hudson River painter Frederic Church, is Jesús Rafael Soto’s golden “Penetrable,” a walk-through cube-shaped curtain of flexible slender plastic tubes. Church’s home, designed by Calvert Vaux with substantial input from the painter, is heavily influenced by a six-month expedition the Church family made to Constantinople; Beirut; Bethlehem, Israel; Baalbek, Lebanon; Damascus, Syria; Jerusalem and Petra, Jordan; in 1868; that trip also resulted in a collection now on exhibit in the show “Costume & Custom: Middle Eastern Threads at Olana,” for which Lynne Zacek Bassett was guest curator.

Dressing up sitters in fanciful costume goes at least as far back as Rembrandt; Church, like many of his contemporaries, went further, depicting exotic subjects, as he saw them, in their native context. He also favored a custom of his time by hosting dinners for which the splendid embroidered jackets and vests, pants, headdresses, sashes and shoes, all recombined as he saw fit, served as party dress. The mannequins displaying them are mostly dispersed throughout the home — including in the dining room — which makes the cultural arrogation at play painfully, if edifyingly, clear.

The architect Steven Holl is the presiding genius of ‘T’ Space, a gallery of his design that is adjacent to his part-time rural studio and home in Rhinebeck. Three artists each year are invited to install work there; the latest, Ricci Albenda, is presenting “Open Universe (Indra),” a magical drawing in space, executed in bent willow, that renders an architectural structure as if seen through a fish-eye lens. As you circulate through the T-shaped gallery — Holl favors alphabet designs, and also eccentric fenestration — the convex walls and windows of Albenda’s gossamer sculpture seem to expand and contract with surprising, and disorienting, force. On a neighboring property is a new work by Richard Nonas, who at 82 has created another low-lying wooden piece, this one running nimbly up a forested hill as if toward a better, simpler future.