Raleigh, N.C. — It could be slow going during the Friday morning commute for some southeast Raleigh drivers after lanes of Rock Quarry Road at Sunnybrook Road were closed to allow crews to repair a gas leak that developed late Thursday night.

Authorities said the leak occurred just after 10:30 p.m. and the gas began leaking into the sewer system.

Police said around 3 a.m. that the leak has been contained but crews were still on the scene early Friday morning to repair a section of the road that was opened to allow crews to reach and repair the gas main. 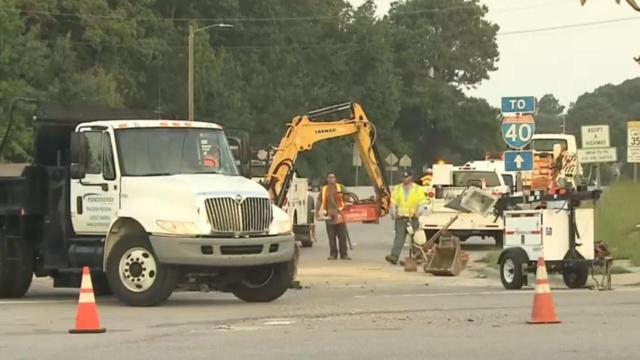 Police said the northbound lanes of Rock Quarry Road at Sunnybrook Road could remain closed through Saturday to allow for repairs.

No injuries have been reported, and it was not immediately clear what prompted the gas main to fail and allow the fumes to leak.