'Wonder and exploration:' Cary's plan for expanded Downtown Park unlike anything Triangle has seen before 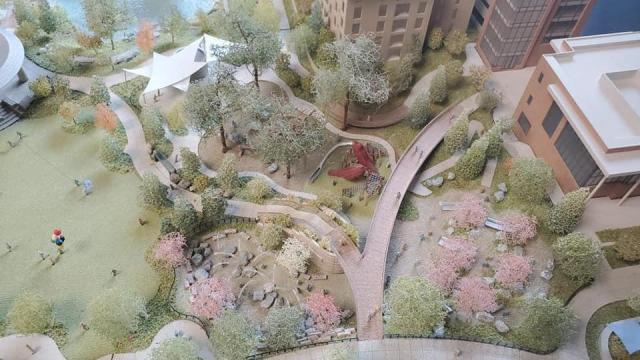 Cary, N.C. — With everything from a skywalk over botanical gardens to cozy fire pits for s'mores, dancing water features and giant cardinals for kids to climb inside, Cary leaders say the expanded Downtown Park will be unlike anything currently available in the Triangle area.

“I think people are going to be really surprised," said Joy Ennis, the general manager for the Downtown Park.

"When people think of parks, they usually think of hiking trails or slides and swings – but this is different. This is an urban park," she said.

The new plan adds another six acres to the already-existing park, which is currently about an acre.

Historic moment: After decades of dreaming, Cary to break ground on Downtown Park

Designs show an elevated skywalk overlooking the botanical gardens, about 10 or 12 feet above the ground, allowing visitors to walk overtop a huge number of different plant species and varieties of trees.

"It elevates you up, and you can see all the plantings underneath. It's a different perspective," said Ennis. 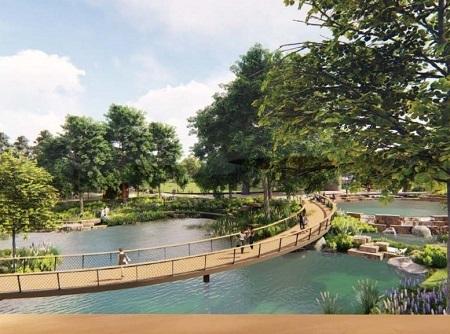 Water features will run through the whole park, starting as a spring that runs down into a middle pond, which will flow into a lower pond. The lower pond features a beautiful island, accessible by crossing the water.

In the summer, the spray-ground is likely to attract visitors. Water jets are hidden in the rocks, and the park will also have dancing water features.

"The water circulates the whole time -- bringing sound and motion, and it won’t stagnate," said Ennis. “This whole park is about wonder and exploration.” 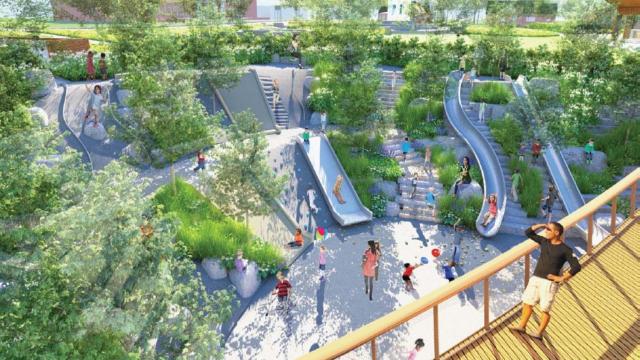 'The Nest,' the children's play area

Near the Cary Library is a nature-based children's play area called "The Nest." A central feature includes a 20-foot pair of mated cardinals, which children can climb inside and look out through their eyes, allowing an overview of the park.

"We used the topography to create four slides, which are also ADA accessible," said Ennis. Designs show the four slides with lush plant life growing between them, giving the sense of sliding down a hillside.

Four-legged friends and family haven't been left out. The park includes a Bark Bar and a dog park area. The area includes a fire pit, where Ennis imagines hosting s'mores nights. 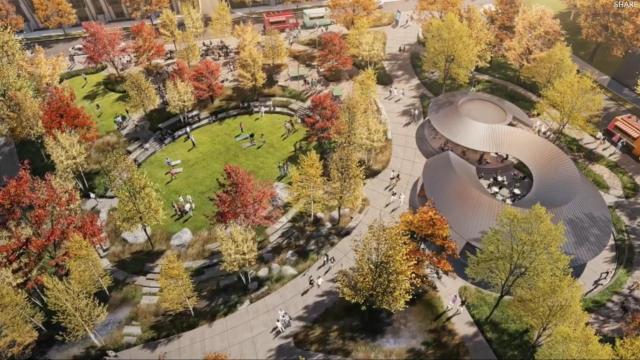 "We do plan to have lots of events. Food trucks. Outdoor movie nights. Storytime with the library. Live theater. And we'll have a Farmer's Market area," she said.

The park will also give visitors an opportunity to 'build-your-own-picnic,' offering a market for snacks and picnic foods like sandwiches or wine at Academy Plaza. 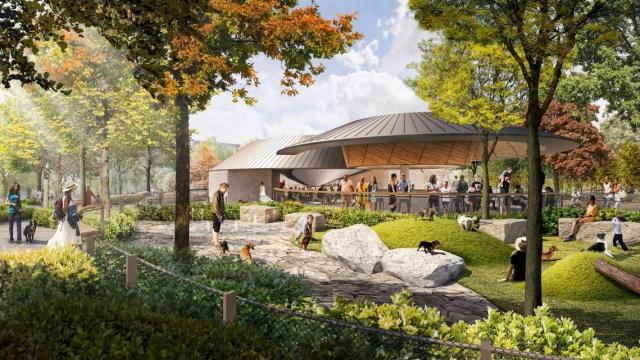 The park's design is very circular, curved and linear – creating a progressive and modern appearance, but with natural features inside.

“There’s just something for everyone," said Ennis. "Some people want to just sit in the botanical garden and read a book. Others will want to picnic with their pets."

There are times, she said, when the park will be quiet and just exist -- and other times when it will be lively, with events and crowds and music. 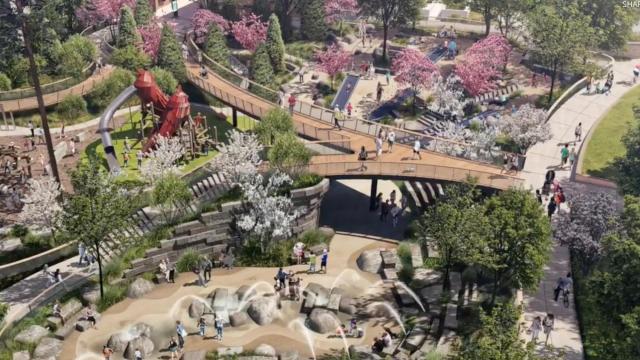 When will the park be completed?

In December, the town finalized their plans for the park, unveiling the unique designs to the public. Construction is slated to begin in spring and finish in 2023. However, the park has a few interactive surprises in store during the construction phase.

"A good portion of Downtown Park will have to close due to construction. However, we will leave some seating. And the fence will have a lot of information and images showing what will be there," said Ennis.

Ennis hopes the wrap on the fence, as well as some viewing areas, will allow the community to watch the park's progress – and feel involved as it grows.

"We don't just want a big fence with sheets over it so no one can see inside. We want people to be able to watch their park be created," said Ennis.

Ennis said the town is considering having some kind of interactive space as the park grows to help the community stay involved during the construction process.

From the beginning, the park has been dreamed and imagined by the community.

"We took around 1,200 responses for a survey about the park. That's the most responses we've ever seen from any project ever done," said Ennis. "Public response has been unprecedented."

The finalized plan for the Downtown Park is on the Town of Cary website.

Construction has already begun. Be sure to visit Downtown Park. Stand by the fountain and look around – try to imagine six more acres of wonder and exploration.

It'll be here sooner than you think.