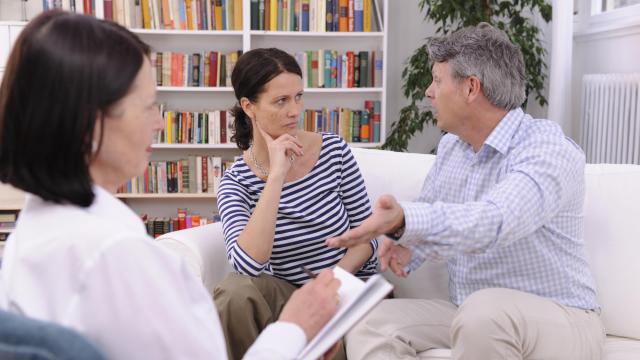 Mental health issues plague both men and women, but the number of women impacted by mental illness far exceeds the number of men.

A 2017 study from the Substance Abuse and Mental Health Services Association found that 15.1 percent of men and 22.3 percent of women over the age of 18 suffered from some kind of mental illness within the past year.

"I think sometimes it depends on the issue," Fogg said. "Our groups are mixed. The females may open up more than the guys. Most of the time, men are going to use substance to cope. Women will reach out more for help."

Fogg also mentioned that some men struggle with expression in ways that women don’t. Instead of opening up, they feel shame or embarrassment and are less inclined or feel unable to communicate.

Men may also struggle with built-in support groups. Male friendships tend to differ from female friendships. Guys may just not feel comfortable sharing all of their personal issues with a friend. And even if that relationship does exist, it doesn't necessarily mean that there's more than one outlet.

"You're going to hear women coming together and offering support," Fogg said. "Guys can go [out] for coffee, but it's more common for women to have a bigger support network and reach out to friends."

It's important for anyone undergoing treatment to feel comfortable with their chosen therapist. A strong relationship can facilitate deeper conversations and more open discussion. That doesn't necessarily mean a therapist of the opposite gender will inherently be a more appropriate choice, but different individuals may have different preferences and shouldn't feel uncomfortable requesting a more appropriate option.

One area where women are more likely to be the center of the mental health discussion is in the aftermath of childbirth.

Postpartum depression causes many of the same symptoms as other mental health issues. Depression, lack of sleep and isolation are all possible, and can cause stressors on the relationship.

But it's not just women that can struggle after childbirth. Mayo Clinic identifies men dealing with the same symptoms as suffering from paternal postpartum depression.

"From my own personal opinion, I feel like men go through it too," Fogg said. "They still may not have a bond. Postpartum of course is for women, but I feel like there is a male version."

When looking for symptoms of mental health issues, men are more prone to exhibit aggression or have trouble sleeping, while women may experience sadness or anxiety; and both genders have the potential to turn to drugs. While these symptoms manifest differently, it's important to acknowledge that everyone can suffer from these issues.