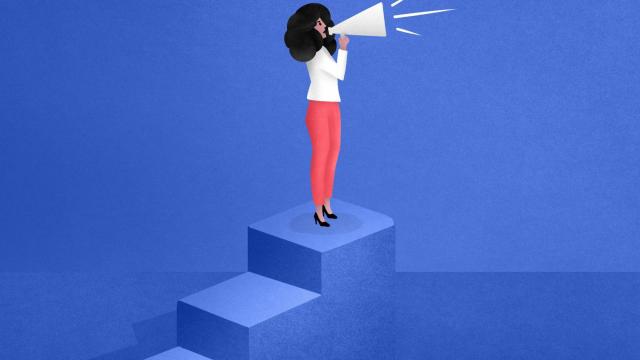 A woman on a repair crew was deliberately stranded on top of a 200-foot wind turbine by her male co-workers after enduring months of lewd taunts. An aerospace worker got the nickname Bird Seed because men flocked around her like pigeons. Men dropped tools on female co-workers or deliberately turned on electrical power when they began working on lines.

Sexual harassment has been endemic in blue-collar workplaces from the moment that women entered them and continues to this day, according to interviews with more than a dozen employment lawyers, academics and Equal Employment Opportunity Commission workers, as well as dozens of women who described such incidents. More than 80 women in these fields responded to a call for accounts of sexual harassment. They, along with several others interviewed, cited sustained, even dangerous, abuse in workplaces from factories to shipyards, mines to construction sites.

One gold miner, Hanna Hurst, described her harassment at work as rougher than any she endured serving in the military in Iraq. Men made remarks about her ovaries, passed around cellphones with pornographic pictures and circulated a sticker showing a man in a hard hat on his hands and knees and a woman on her back with her legs spread out. The caption: “A miner’s work is never done.” She left after her drill and walkie-talkie were both tampered with so that she could neither work properly nor hear instructions, jeopardizing her safety.

“Mining gets in your blood,” said Hurst, who now works as a mining inspector for much less money than what she earned in the mines. “At the end, I walked away. They made it so miserable for me that I had to quit.”

Physical danger is one issue that sets sexual harassment in blue-collar environments apart; unions, torn between representing the accuser and the accused, are another. Women in these jobs also often endure deliberate humiliations like not having bathrooms provided for them on construction sites. They can be blacklisted in construction or similar fields where tight networks and referrals are crucial to win the next job.

“Regardless of who you work for, you will run into the same people over and over again who will not want to work with you just because you reported harassment,” Concetta Defa, a construction worker in Utah, wrote. “In most cases women become unemployable because of it.”

That fear is one reason many experts in the field believe that sexual harassment is underreported — and remains rampant — in blue-collar workplaces.

Katy Degenhardt is one of the women who spoke out and suffered for it. She worked in a small factory in Wisconsin operating a plastic injection molding machine. A co-worker began pressing his penis against her behind, taking advantage of the way the machines were positioned so that no one could see him. After she rebuffed him, she said, he grew angrier and more brazen, hugging her leg in front of a co-worker, refusing to relieve her for breaks, rubbing his lips against her face and reaching over her so his arm touched her breasts.

She reported him and then found herself being disciplined for minor infractions. Eventually, she was fired. The EEOC sued on her behalf and won a settlement. “Why is it that we have to put up with all this in order to survive and have income for our family?” Degenhardt said. She continues to work long hours, now hauling waste for a sanitation company. Janet Aviles worked 20 years at a shipyard in Norfolk, Virginia, enduring harassment before she and a group of women filed a lawsuit, which was settled for $4.6 million last year. A supervisor deliberately walked in on her when she was changing in a locker room, she said. Her tools were stolen, co-workers refused to speak to her, and she repeatedly found a dead mouse placed in a microwave she used (she marked the mouse with a black dot to make sure it wasn’t there by accident).

Such abuse has far-reaching consequences. Hurst, the miner, is hardly the only woman who felt pushed out.

An analysis of the percentage of women employed in blue-collar occupations from 2000 to 2016 shows that female representation in these industries has shrunk — in some cases by as much as 10 percent — or stayed static over that period. While there is no direct evidence of causality, many employment lawyers and academics believe that sexual harassment is one of the reasons women leave such jobs or do not enter them in the first place.

Mary McDaniel was a state trooper, harassed for four years before she gave up and left the force. She said her union had defended male troopers but offered no help to women suffering abuse. “I did not report it because other women who reported were called sluts, given bad work assignments, and some male troopers refused to ride partner with them,” she wrote. “They effectively drove me out. This was in the 1980s but little has changed. I have two daughters who work, and one has sadly already experienced sexual harassment at work.”

Sexual harassment not only exacts an emotional toll but can also hurt women’s longer-term economic mobility. These jobs are “such an important pathway to the middle class,” said Noreen Farrell, executive director of Equal Rights Advocates, whose lawyers have represented women claiming sexual harassment in cases around the country. In many blue-collar environments, women say, they are just told to go along with the culture, to accept that “boys would be boys, we’re pigs and we know it,” as Hurst said she was told. The aerospace worker was told to wear a fake engagement ring to ward off pursuit.

To get along with their co-workers, women said, they have to toe a difficult line. They need to demonstrate they can withstand a sometimes crude and rowdy environment but also draw the line at abuse.

“Construction culture has a range of humor more direct and crass than other workplaces,” Soph Davenberry, a sheet metal worker in Burien, Washington, wrote. “It’s a tough balance to gain trust and acceptance while staying respectful, yet not come across as politically correct.”

A sense of isolation and despair infused many women’s responses. But they nursed some hope that a new focus on sexual harassment might bring change. One woman who responded to the callout said she had been harassed during her work in a grocery store but had been told nothing could be done unless she publicly complained, and she was too frightened to do so. She did not want her name published but said she welcomed attention to the plight of women like her.

“We are left out of this conversation,” she wrote. “You have no idea what a relief this is to share with someone interested in listening.”