Durham, N.C. — A woman was struck by a car and killed on Interstate 85 in Durham on Monday night after resisting arrest, according to officials.

Around 10:45 p.m., troopers with the North Carolina State Highway Patrol responded to a crash on I-85 southbound near Exit 179 for E. Club Boulevard. A driver involved in the crash, identified as Destinee Michelle Abraham, 26, of Hope Mills, was being placed under arrest for driving while impaired when she ran away into the northbound lanes of I-85, according to officials.

Abraham was struck by a car and died at the scene.

The trooper who was arresting Abraham was placed on administrative duty, which is agency protocol for any in-custody death.

The incident is under investigation by the North Carolina State Bureau of Investigation. 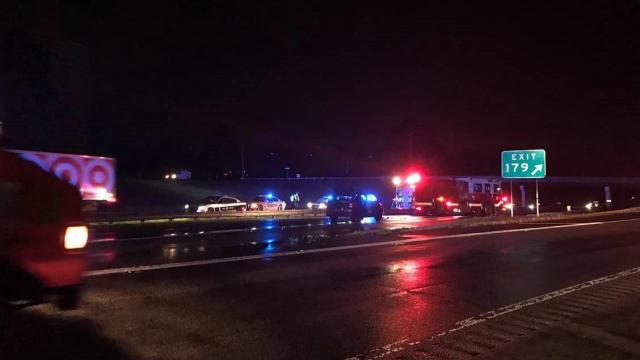