Clarkton, N.C. — The only survivor of shooting inside a Bladen County home that left three other people dead had to play dead until the gunman left, authorities said Monday.

A call to 911 just after midnight Sunday reported a man entered a home at 71 Tina Lane, opened fire and left.

"Somebody came in my house and shot everybody here, including me," Hazel Epps told a 911 dispatcher. "I believe everybody is dead except for me."

Epps, 69, said she had been shot in the back and she repeatedly implored the dispatcher to send help.

"Somebody's in the house still, I believe in the back bedroom." she said in a hoarse voice.

She said she knew the gunman but couldn't provide his name or a description to authorities. 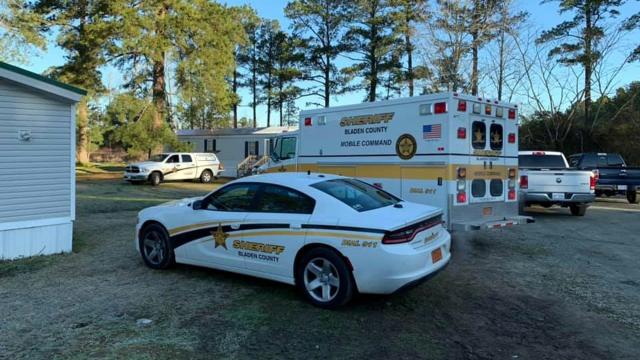 Epps' niece, who lives next door, called 911 shortly thereafter and said three people were dead in the bedroom of her aunt's home.

According to the Bladen County Sheriff's Office, Epps survived because she played dead after being shot. Her condition was unknown Monday.

Taurean Reshaul Johnson, 36, of Clarkton, surrendered to authorities Sunday night and was charged with three counts of murder and one of attempted murder.