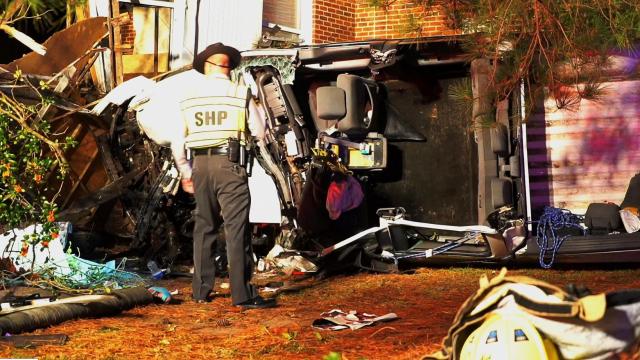 Goldsboro, N.C. — A woman was killed when troopers with the NC State Highway Patrol said the truck she was driving ran a stop sign and crashed into a building.

According to troopers, a Ford pickup truck heading east on Nahunta Road ran a stop sign at high speed, crossed NC Highway 581, struck an embankment and was sent airborne prior to striking the old Nahunta Elementary School building.

The truck's lone female driver was declared dead at the scene, troopers said.

A section of the privately owned building, standing since 1920, sustain serious structural damage.

The victims name was withheld pending notification of next of kin.