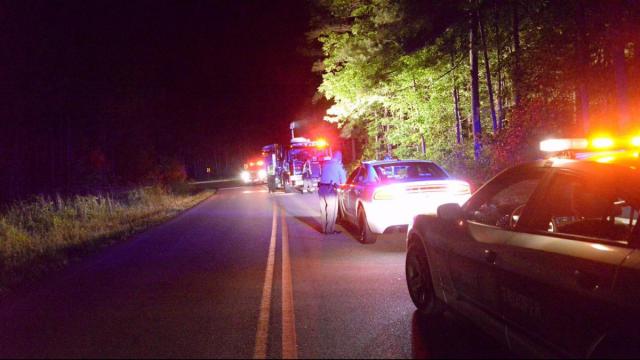 Fuquay-Varina, N.C. — Editor's Note: The State Highway Patrol originally told WRAL News that alcohol and speed were factors in this wreck. That information was incorrect and has been changed.

A woman died Tuesday night in a motorcycle wreck on Buckhorn-Duncan Road near Duncan Cooke Road, near the Harnett-Wake county line.

State Highway Patrol investigators said Felicia Lynn Longmire, 31, lost control of her 2002 Kawasaki motorcycle as she rounded a curve at about 9 p.m.

The motorcycle crossed the center line, narrowly missing an oncoming vehicle, and went off the left side of the roadway, where it slammed into a tree, authorities said. Longmire was pronounced dead at the scene.

Alcohol and excessive speed do not appear to be factors in the wreck, authorities said.

Authorities closed the road for about two hours following the wreck.