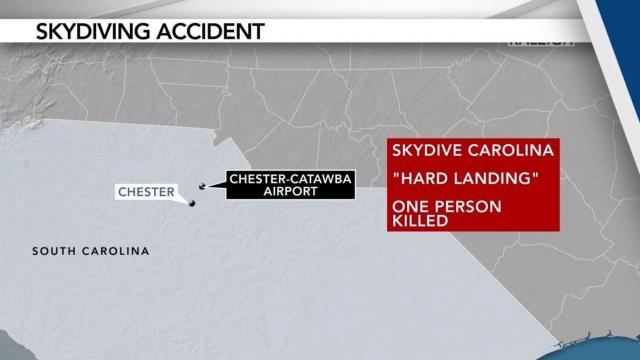 Emergency crews were dispatched to Skydive Carolina following a call of a "hard landing."

The incident happened around 3:30 p.m. at 1903 King Air Drive in Chester County.

The coroner was called to the scene, and the 68-year-old woman was pronounced dead.

NBC Charlotte reported the professional skydiver, who had more than 15,000 skydives under her belt, had a malfunction with her parachute.

According to our crew on the scene, the airport and Skydive Carolina were still open and operating as of 5:30 p.m.

The incident happened during the facility's annual CarolinaFest which started on Tuesday and runs through Sunday.

WCNC reported someone died two years ago at the same event.