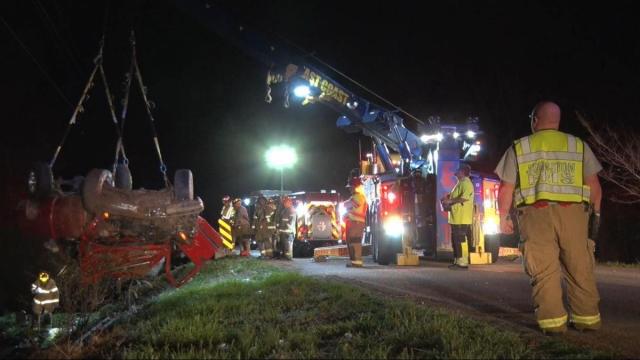 Middlesex, N.C. — Authorities said both alcohol and speed were suspected in a single-vehicle wreck that killed a woman early Saturday morning in Johnston County.

The crash happened around 1 a.m. on Friendship Church Road near the Nash County line, according to the North Carolina State Highway Patrol. The female driver lost control of her 1995 Chevrolet pickup truck, ran off the road and landed upside down in Moccasin Creek.

Authorities said the woman was pronounced dead at the scene. Her identity has not been released.