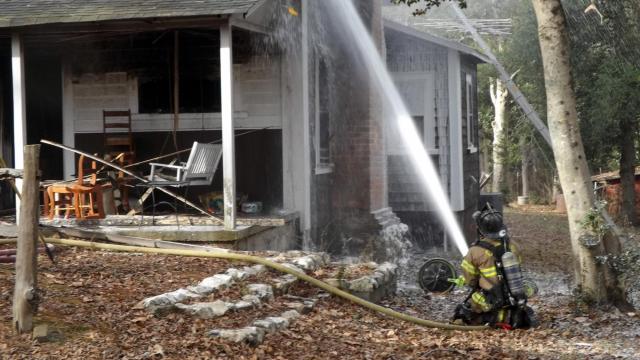 Lakeview, N.C. — A woman and a dog died Monday afternoon in a house fire outside of Vass.

The fire was reported at about 2 p.m. at 145 McFayden Lane, off of Camp Easter Road.

A woman's body was found on the top floor of the two-story home near the stairs, according to AberdeenTimes.com.

The fire was brought under control in about 45 minutes, but firefighters spent much of the afternoon on site.

The woman's name hasn't been released. Her body was sent for an autopsy to determine the cause of death.

Earlier Monday, a man was serious injured in a house fire in the 200 block of Meadowfield Circle in Aberdeen.

Investigators said someone pulled a pot of burning grease off a stove, and it spilled it on the man. The fire was contained in the home's kitchen.