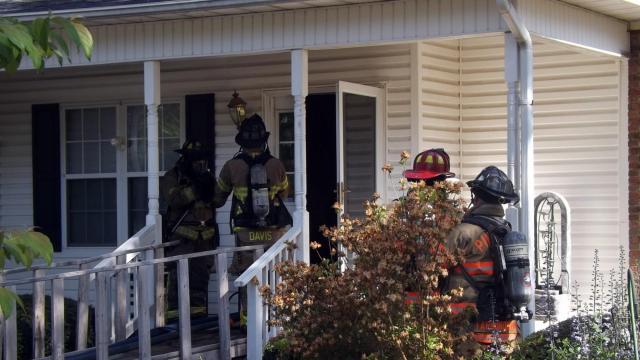 Aberdeen, N.C. — A woman died and her husband was hurt Friday in a house fire in Moore County.

The fire occurred shortly before 9:30 a.m. in the 100 block of Michael Lane in Aberdeen.

Firefighters helped Dale Streicker as he walked out of the home and then went into the burning bedroom to rescue his 77-year-old wife, Patricia Streicker, according to the Aberdeen Times. She had suffered extensive burns.

The couple was taken to FirstHealth Moore Regional Hospital, where Patricia Streicker died. Dale Streicker was airlifted to the North Carolina Jaycee Burn Center in Chapel Hill for treatment.

The couple's dog was rescued from the house and was taken to a local veterinarian for treatment, authorities said.

The cause of the fire remains under investigation, and authorities said much of the damage was in the bedroom.