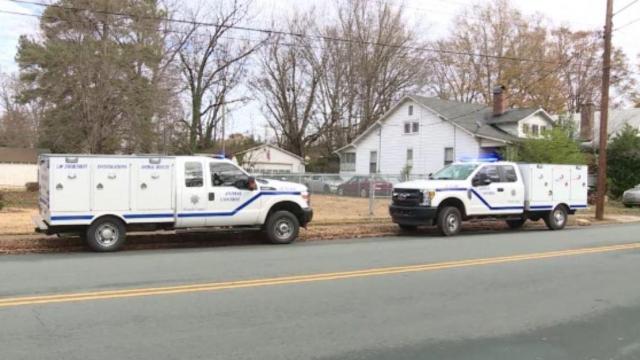 Winston-Salem, N.C. — A North Carolina woman says she's scared to leave her house because of a pack of loose dogs roaming the street.

The dogs attacked her neighbor, and the entire incident was captured on video.

"I heard someone screaming," said the victim's neighbor, who didn't want to be identified. "I wasn't sure if it was around my house in this area or where, but the woman was screaming 'Help me! Help me!'"

The woman's cry for help was answered in the nick of time.

"The lady was laying down in the driveway with four dogs around her biting, so I ran to her immediately, screaming, 'Get out, get out,'" said the neighbor.

Officials say a woman in her 60s was walking down E. Sprague Street near Peachtree Street when she was attacked by four pit bull mixes.

The neighbor came to her rescue and even used the victim's purse to knock the dogs away. "She told me, 'Please, please, my leg my leg.' She had pajamas, [and when] I pushed up the pajamas she had a very large and deep injury," said the neighbor. "I think I saw her bone."

The victim had bites to her legs, arms and head and was transported to a nearby hospital. Meanwhile, neighbors are on high alert.

"I never walk around my neighborhood," said the neighbor. "[There are] a bunch of dogs around here, and nobody takes care of the dogs. The dogs are running in the streets, especially during the night. So I never leave my kids alone in the street."

Authorities said they located the dogs running loose in a man's yard. The man was arrested and faces thousands of dollars in fines.

The dogs were taken to a local animal shelter.