Durham, N.C. — A driver is in jail after a fiery car crash in Durham.

Around 2 a.m. Friday, the car crashed near 1606 South Roxboro St., just south of downtown Durham. The car, which flipped on its side and caught fire, hit and damaged a brick retaining wall in front of a home.

Debris littered the road and the front yards of several homes that line the street. 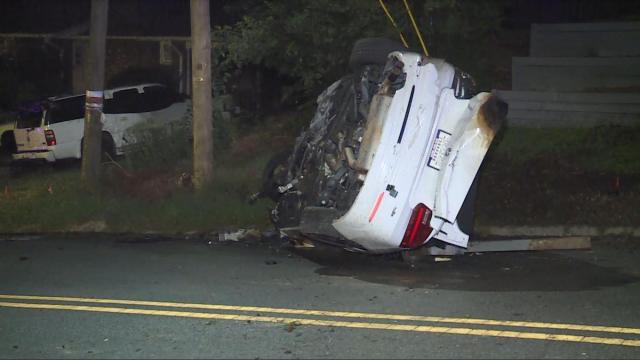 Durham police said the woman who was driving did not own the car. She was not injured in the crash but was arrested for suspicion of driving while impaired.

WRAL News located the car owner, who said he bought the car only three weeks ago.

The road was closed for several hours but has reopened.