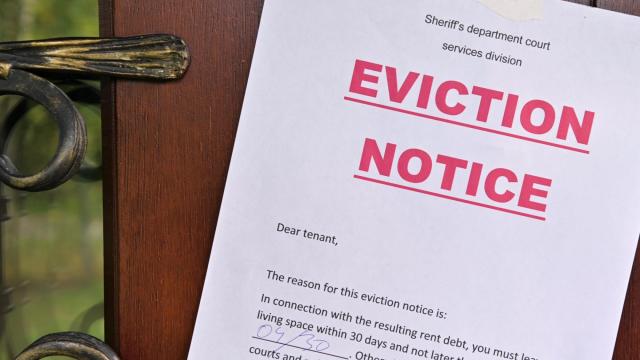 But with COVID-19 raging around the state, inmates living in close quarters worry about air circulation where they live and sleep, saying it's one more contributor to poor living conditions and unfair risks at the aging Raleigh prison.

“We are breathing air on top of each other, pretty much," said Diana Escobar, who lives in NCCIW's medium security Phoenix Unit.

Escobar and four other inmates in the unit laid out their complaints in phone interviews Wednesday. Afterward, state prisons spokesman John Bull confirmed the windows in multiple NCCIW housing units are nailed shut for the winter.

"This has been the standard practice because offenders would continuously open and shut the windows in the winter months, which resulted in loss of heat in the dormitories, the continuous running of the heating system, and continuous complaints from other offenders that the temperature is too cold," Bull said in a statement. "As a result, the windows are closed with screws."

Bull said the heating system there pulls fresh air from the outside, and that there is "sufficient air circulation." Many scientists believe the coronavirus that causes COVID-19 is airborne; that it doesn't simply transmit by close contact and droplets, but that invisible particles hang in the air for hours, making good circulation important in slowing the spread.

“We don’t have constant air flow," Lakorya Harrison told WRAL News Wednesday. "We have these nasty fans we can turn on and blow.”

Harrison and the four other inmates interviewed said the windows have a heavy wire mesh over them, preventing escape even if the window itself is open.

After WRAL reached out, Bull said the prison would look for "an alternative method of securing the windows ... some way to close them so they cannot be opened without use of significant effort." He also said the prison's engineering staff is "reviewing any potential safety issues pertaining to the doors at Phoenix Unit" after inmates said the emergency fire door there is bolted shut.

"The fire doors in the Phoenix unit are not bolted closed but can only be opened from the outside," Bull said in an email.

For inmates, these are just two complaints on a long list of concerns about cleanliness, treatment and safety. They sleep in close quarters, and there's an ongoing lawsuit from advocacy groups seeking more coronavirus prevention efforts in prisons across the state. Wake County Superior Court Judge Vince Rozier, who's overseeing the case, has chastised the system over the last six months, and last month he brought in an outside expert to advise him on additional steps he might force the system to take.

State officials say they've worked hard through a difficult situation: Balancing security and safety in a global pandemic, at facilities housing some 30,000 people at more than 50 facilities, most, if not all, of which are chronically understaffed.

The system says 36 inmates deaths are tied to COVID-19, including two at NCCIW. Chief Deputy Secretary for Adult Correction and Juvenile Justice Tim Moose said Thursday, in a conference call with reporters, that the state has tested its inmate population twice for COVID, and all staff get tested twice a month. He said that, while hospitalizations have shot up statewide, hospitalizations from the prisons system remain stable: About 10 on any given day.

He said that, between positive tests and quarantines, some 670 prison staffers aren't working right now.

Inmates at the prison have reached out repeatedly to WRAL News, and the complaints, echoed by multiple inmates in conversation separated by weeks and months, are consistent. Poor air circulation. Not enough cleaning supplies. Poor treatment from correctional officers. Inadequate quarantine procedures. Mold that gets painted over.

“It’s not even just the COVID at this point," Harrison said Wednesday. "These underlying issues have been going on since before the pandemic. ,.. Our living conditions are so terrible that it makes the COVID pandemic even worse.”

Elizabeth Simpson, an attorney in the ongoing lawsuit to improve conditions, said Wednesday she wasn't surprised to hear the windows were nailed shut, or any other complaints. She said she's been told one housing trailer at NCCIW is "just collapsing."

"And with regard to the mold," Simpson said, "… at NCCIW and other prisons, it’s just endemic."