Despite Stigma of Khashoggi Killing, Crown Prince Is Seen as Retaining Power 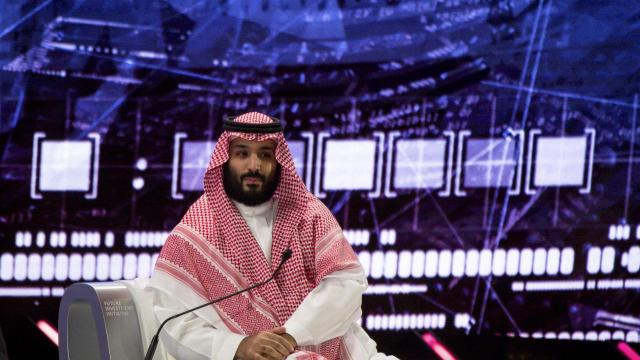 LONDON — A month after the killing of Saudi dissident Jamal Khashoggi, the growing international consensus that Crown Prince Mohammed bin Salman was behind it has done almost nothing to weaken his grip on power over the kingdom.

The crown prince owes his apparent impunity partly to the nature of power in Saudi Arabia’s absolute monarchy and to his own proven ruthlessness. But he also owes it to the Trump administration. It has decided to stand by him, according to three people familiar with the White House deliberations.

Barring a surprise intervention by his aging father, King Salman, there is every expectation that Crown Prince Mohammed, 33, will succeed him and dominate Saudi Arabia for a half-century to come.

White House officials knew from an Oct. 9 phone call with the crown prince that he considered Khashoggi, a Virginia resident and Washington Post columnist, a dangerous Islamist, two people familiar with the call said, so the officials knew he had a potential motive for the killing.

But having invested deeply in Crown Prince Mohammed as the main driver of the administration’s agenda for the region, and under pressure from allies who support him — notably the leaders of Israel and Egypt — the Trump administration has concluded that it cannot feasibly limit his power, the people familiar with its deliberations said.

Instead, the White House has joined governments around the region in weighing what effect the stigma of the Khashoggi killing may have on the crown prince’s ability to rule — and what benefit can be extracted from his potential weakness.

“Everybody is milking this,” said Maha Yahya, director of the Carnegie Middle East Center in Beirut. With the crown prince now in need of external assistance to rehabilitate himself, she said, “everybody is trying to turn this to their advantage and try to get what they can out of it.”

For the Trump administration, the people familiar with its thinking said, that means pressuring the crown prince for steps to resolve the Saudi-led blockade of Qatar and the Saudi-led bombing of Yemen. Secretary of Defense Jim Mattis and Secretary of State Mike Pompeo have both issued calls for a cease-fire in Yemen as part of that plan.

Officials in the Trump administration had discussed proposals like urging King Salman, the 82-year-old father of the crown prince, to appoint a strong prime minister or other senior official to help oversee day-to-day governance or foreign policy, according to the people familiar with the deliberations.

But such ideas were quickly discarded, partly because no one would risk taking such a job, or dare appear to counter Crown Prince Mohammed while he controls the Saudi intelligence and security services and has the king’s ear.

Scholars and diplomats say it is almost inconceivable for him to relinquish his authority in the way that an official in a Western government might accept a reduced role or shared responsibilities. Power in Saudi Arabia’s absolute monarchy, they say, adheres to the individual, not the office.

“All power flows from the king,” said Bernard Haykel, a scholar at Princeton University who studies the kingdom and has met with Crown Prince Mohammed. “The king delegates power to a person, and it belongs to that person until the king takes it away.”

If anything, the killing of Khashoggi has only strengthened the crown prince’s capacity to intimidate others inside the kingdom, even in his own family, royals and other Saudis said.

Many royals already had lost money and influence because of Crown Prince Mohammed’s swift rise over the past three years. The damage to their reputations since the Khashoggi killing has compounded their alarm. Some whispered with intrigue at the return to Riyadh this week of an uncle, Prince Ahmed bin Abdulaziz, who had opposed Crown Prince Mohammed’s designation as heir to the throne and then appeared to criticize his rule.

But Prince Ahmed, who had been in London, may only have returned home in a gesture of family solidarity. So far the clan sees no alternative to the dominance of the crown prince, said one member of a branch of the family diminished by his rise.

“They hate him, but what can they do?” this family member asked. “If you speak, they’ll put you in jail, while other countries want to sell arms and buy oil. I would find it really sad if he gets out of this one.”

Crown Prince Mohammed, often known by the initials MBS, had already humiliated or imprisoned seemingly any potential rival among his royal cousins. At an investor conference he sponsored in Riyadh last week he appeared to smile through the Western backlash, and several Western officials with experience in the kingdom said it was naive to think that a new arrangement of advisers could contain him.

“If MBS is constrained, he will try to break out,” said a Western diplomat who knows him. “And he will become a threat to those he thinks did it to him.”

The crown prince’s effectiveness in regional politics, however, is a more open question, partly because the Khashoggi killing has caused many in the West to re-evaluate other episodes in his recent past.

His 3 1/2-year-long bombing campaign over Yemen has produced only a military stalemate and a humanitarian catastrophe. His decision a year ago to order the arbitrary detention of about 200 of the kingdom’s richest businessmen on vague allegations of corruption has driven away many investors.

A growing number of current and former Western officials are now asserting publicly that in light of the Khashoggi killing, those earlier episodes portray the young prince as dangerously aggressive, impulsive and destabilizing.

If he were damaged, it would be “because institutions and governments abroad no longer want to deal with him,” said David H. Rundell, a former chief of mission at the U.S. Embassy in Riyadh who served 15 years in Saudi Arabia.

But the United States and other Western governments have such extensive ties to Saudi Arabia that they are unlikely to walk away, Rundell said, predicting “a newfound caution and willingness to compromise” from the crown prince. Andrew Miller, deputy director for policy at the Project on Middle Eastern Democracy and a former State Department official with experience in the region, argued that the lingering stain on the crown prince would most likely hamper him as an advocate with Western governments, where he has mainly argued for a hard line against Iran.

“I think this makes it much more difficult for him to sustain his singular focus on Iran because the actions he is condemning there, he himself is perpetrating,” Miller said.

One person familiar with the White House deliberations said the administration expected that bipartisan pressure from Congress will force the imposition of some sanctions.

But the White House intends to keep the sanctions limited enough to avoid a rupture with Crown Prince Mohammed. For one thing, he remains central to the plans of the president’s son-in-law and Middle East adviser, Jared Kushner, including hopes to build an Arab-Israeli alliance against Iran and to pressure the Palestinians into a peace agreement.

Two people close to the Saudi royal court said Kushner and Crown Prince Mohammed communicate often, including by text message, and multiple times since Khashoggi’s disappearance. A White House spokesman declined to comment about those communications. Crown Prince Mohammed first charged that Khashoggi was a dangerous Islamist in an Oct. 9 telephone call with Kushner and John Bolton, the national security adviser. That was seven days after Khashoggi disappeared and well over a week before royal authorities admitted that Saudi agents had killed him.

Two people familiar with the call said the crown prince had described Khashoggi as a member of the Muslim Brotherhood — a reference that the White House officials knew meant that the prince saw him as a dangerous radical. Saudi Arabia had long tolerated the Brotherhood, an 80-year-old Islamist movement, but the kingdom branded it a terrorist organization and outlawed it when the group advocated calls for elections after the Arab Spring revolts.

Khashoggi was not a formal member of the Muslim Brotherhood. But he had joined for a time in his youth, maintained friendships with several members, and wrote columns arguing that banning the Brotherhood was incompatible with democracy in the region.

To assuage Western fears raised by the Khashoggi killing, Crown Prince Mohammed intends to formalize some of his decision-making, and show the West he is taking steps to avoid similar episodes, according to two people familiar with the plans.

But instead of involving elder statesmen, Crown Prince Mohammed is moving those procedures under the authority of his younger brother, Khaled bin Salman, 29. He has been the ambassador to Washington since last year and is now expected to become a sort of national security adviser.

The crown prince’s stature in Washington may be stabilizing, with at least a handful of U.S. voices extolling the importance of the Saudi-U.S. alliance.

“There is no change in any military relationship we have with Saudi Arabia,” Gen. Joseph Votel, the top U.S. commander in the Middle East, told the military publication Defense One.

Major figures in finance signaled that they, too, intended to look past the killing. “I understand the emotion around the story,” John Flint, chief executive of HSBC, told Reuters, “but it is very difficult to think about disengaging from Saudi Arabia given its importance to global energy markets.”

Jamie Dimon, chief executive of JPMorgan Chase, said that he had accomplished “nothing” by dropping out of the prince’s investment conference and that his bank expected to continue to pursue business with the kingdom. “Being engaged is not a bad thing; it does not mean you condone everything,” Dimon said at a conference organized by the publication Axios.

Yahya, of the Carnegie Middle East Center, said such responses send an instructive message to other Arab strongmen.

“You can be even more brutal than you already are,” she said. “Just be smarter about it next time. Don’t kill a well-known journalist inside a consulate.”