With health care on hold, here's what Congress is up to this week 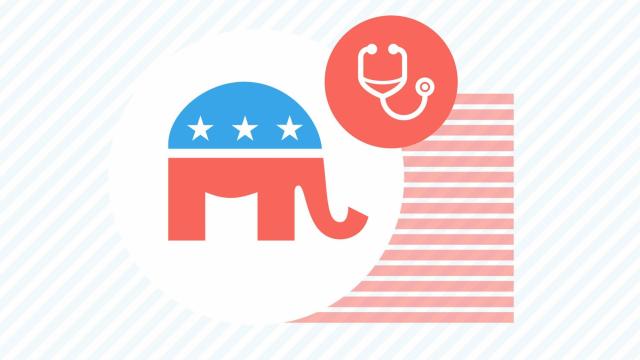 The fate of the long-sought Republican Obamacare repeal and replacement bill is on hold now that Senate Majority Leader Mitch McConnell has delayed votes until Republican Sen. John McCain, who had surgery for a blood clot Friday, returns to work sometime after this week.

The delay could be a blessing or a curse for McConnell, who faces stiff resistance from several of his members on the right and left. The extra time could allow him the chance to convince those senators to get behind the bill or it could allow opposition to harden.

The Congressional Budget Office said Sunday its analysis of the revised Senate bill will not come out Monday as expected. There was no reason given but it was known the agency was scrambling to complete its analysis of the bill, especially a complicated amendment by conservative Republican Sen. Ted Cruz, who wants to allow stripped-down insurance plans to be sold.

The Senate floor schedule is unclear now that health care is on hold. McConnell previously announced the Senate would stay in session for the first two weeks of August to tackle backed-up nominations, the Food and Drug Administration re-authorization and the annual defense policy bill.

That last bill can't get done with McCain out, since he's the chairman of the armed services committee. But this week does give Republicans extra time on nominations and to consider government spending bills and a debt ceiling increase, the deadline for which is now October.

On Monday evening, the Senate will vote to break a Democratic filibuster of Patrick Shanahan to be deputy secretary of defense.

After a dramatic week that revealed Donald Trump Jr. and others held a meeting with a Russian lawyer they were told promised dirt on Hillary Clinton, the many congressional Russia probes will be front and center. But high-profile witnesses before House and Senate intelligence committees and Senate judiciary committee had not been announced as of this weekend.

Jared Kushner, the President's son-in-law who was also in that meeting, will make an off-the-record appearance at an event with congressional interns Friday.

House Republicans are giving their Senate colleagues some space to get their health care bill through, but there are already some concerns surfacing about the changes to the bill that could be made through the amendment process and whether they could support the final product.

After weeks of infighting, House Republicans are planning to unveil their budget, which will pave the way for one of their top agenda items: an overhaul of the tax code. Conservatives are pushing for more than $200 billion in required cuts to mandatory spending programs, but key committee chairs are saying it's difficult to get that kind of savings.

The House budget committee is planning to unveil its proposal Tuesday, and the committee will have a hearing to mark it up on Wednesday. GOP leaders are working with the Trump administration to pressure their members of the House Freedom Caucus to get on board so they can get it through and send it to the Senate.

House Republican leaders are also planning to wrap all of the spending bills into one massive "omnibus" funding bill that includes a wish list of the party's priorities.

Typically, spending legislation passes with bipartisan support because many conservatives balk at comprehensive packages. The strategy this year is to show how a GOP-controlled House would roll back some programs, and beef up others with a Republican in the White House who wants to shrink the size of the federal government. Leaders are gauging support on whether they can get all of their members on the same page -- something that has proved difficult in recent months. Even if this package passes the House, it isn't expected to move in the Senate, and a bipartisan proposal will be needed to avoid a government shutdown at the end of September.

The Russia sanctions bill, which passed the Senate last month overwhelmingly, is still being held up in the House over partisan disputes on procedure. Now House, GOP leaders want to link a previously passed North Korea sanctions bill to the measure, and Democrats are arguing they want to kill the bill at the behest of the White House.