With Climate Change No Longer in the Future, Adaptation Speeds Up 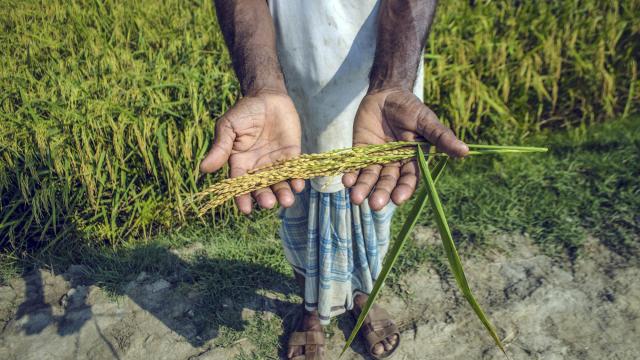 In New York, designs are underway for a $203 million flip-up wall to protect Lower Manhattan from intensifying storm surges.

In China, companies building coal-fired power plants amid more frequent periods of drought are shifting to a more expensive technology that cools the plants’ equipment with less water.

In Bangladesh, rice farmers facing rising seawater are changing what they grow, some to more salt-tolerant varieties of the crop and others away from rice altogether, to shrimp.

All these shifts, experts familiar with them say, are in response to climate change.

Not long ago, climate change was seen as a threat for the future. Increasingly, it’s a reality of the present, a new normal spurring billions of dollars in annual spending as governments, companies and citizens scramble to adapt.

Intensifying storms, like Hurricane Florence, which walloped the Carolinas this month; worsening drought, which fueled the fires that have swept through California this year; and rising seas that have put coastal cities on edge around the globe are all linked at least in part, scientists say, to a human-induced rise in global temperatures, and they are prompting all manner of defensive measures.

The United Nations estimates that adapting to climate change could cost $500 billion yearly by 2050 — a price tag that would be borne by everyone, including governments, the private sector and citizens. But whether even that sum would succeed in shoring up people and infrastructure is anyone’s guess. The shift in focus from trying just to prevent climate change to trying to live with it is forcing some sobering trade-offs, and they are likely, experts say, to get more painful.

For decades, a philosophical debate has raged about how to respond to climate change. One side — essentially the climate purists — has argued for a strategy known as mitigation: remaking energy, agriculture and other sectors to curb carbon emissions and prevent temperatures from rising. The other side — the climate pragmatists — has called for adaptation: accepting that climate change is happening and taking steps to adjust.

Initially, many environmental activists rejected adaptation as a sellout, a “kind of laziness, an arrogant faith in our ability to react in time to save our skins,” as Al Gore, then Bill Clinton’s running mate, put it in his 1992 book, “Earth in the Balance,” a call to slash emissions. But emissions have continued to rise. In 2017, energy-related carbon output hit an all-time high, the International Energy Agency says. So climate hawks have come to view adaptation as crucial.

“You have to do adaptation,” Youssef Nassef, director of adaptation of the U.N. Framework Convention on Climate Change, which oversees the global response to global warming, said in a telephone interview this month from a round of international climate negotiations in Bangkok. “And the sooner you start working on it, the better.” The work is going slowly. In 2009, developed countries agreed to mobilize $100 billion annually by 2020 to help developing countries both mitigate and adapt to climate change.

No comprehensive accounting exists of how much is being spent on adaptation, U.N. officials say. What’s clear is that the sums, distributed across a variety of pools, are relatively small.

One example is the Green Climate Fund, through which rich countries have agreed to fund climate mitigation and adaptation in developing countries; through the end of July, it had received, by the United Nations’ calculations, only $10.3 billion in pledges and only $3.5 billion in actual commitments, of which $1.4 billion was for adaptation projects.

Another example is financing by six large multilateral development banks for adaptation efforts in emerging and developing countries, which totaled $7.4 billion in 2017, according to the World Bank. The Bangkok talks failed to achieve agreement on more adaptation money; diplomats are expected take up the issue again in December, at a climate conference in Katowice, Poland.

One example is the use of air-conditioning which, particularly in developing countries, is soaring, both because of rising heat and humidity linked to climate change and because of economic growth, said Caroline Lee, an analyst at the International Energy Agency who focuses on adaptation.

By 2050, the IEA has projected, global energy use from air-conditioners will triple, requiring as much electricity as all of China and India use now. It is “a very concrete example of the tension” between adapting to climate change and intensifying it, she said.

Here is a look at how three places are experiencing climate change and trying to adapt.

Since 2009, New York officials have been consulting with a panel of climate scientists about how global warming will affect the city and how the city should respond. Hurricane Sandy, which caused widespread flooding and power failures when it hit the city in October 2012, upped the ante. Although scientists stress that it’s not possible to link any one storm to climate change, New York announced in 2013 that it would spend about $20 billion in federal and city money over the coming decade on projects designed to recover from the hurricane and to adapt more broadly to a changing climate.

Topping the city’s list of climate-related ills: intensifying urban heat. About 115 people in New York die from causes related to extreme heat every year, making it “the deadliest extreme-weather event that New York City faces,” said Jainey Bavishi, who leads the city’s climate-adaptation efforts as director of its Office of Recovery and Resiliency. According to a “heat-vulnerability index” that the city has created, the danger is most acute in parts of east Brooklyn, the South Bronx, north Manhattan, and southeast Queens that have little vegetation, lots of pavement and heavy concentrations of poorer and older residents. Particularly in those neighborhoods, the city is encouraging painting roofs white to reflect heat from the sun, and planting more trees.

New York also expects sea levels to rise — an additional 11 to 21 inches by the 2050s — and storm-surge flooding to worsen. That’s why the city is designing a $203 million flip-up wall to go under Franklin D. Roosevelt Drive, the elevated highway that runs along the Manhattan side of the East River. The wall, in a neighborhood known as Two Bridges that includes the Brooklyn and Manhattan bridges, will be flipped up only when needed and will be paid for by $176 million in federal money and $27 million in city funds, Bavishi said.

With famous surfing beaches and a 111-year-old oceanfront boardwalk, Santa Cruz, California, owes its identity to the sea. Now, amid climate change, it’s scrambling to protect itself from that water.

The city of 64,000 residents has, for about a decade, been studying its vulnerability to climate change and planning how to adapt. It uses wildfire maps, and models that project sea-level rise through 2030, 2050 and 2100, to map areas by their vulnerability to climate change. Then the city overlays demographic data onto those maps, including residents’ age and income, which allows it to identify particularly vulnerable neighborhoods.

One concern is West Cliff Drive, an upscale oceanfront street with handsome houses and postcard-perfect views. Erosion is intensifying along the road, which accounts for about 3 miles of the city’s 4.5 miles of beachfront.

That’s raising an uncomfortable question: Should the city pay to fortify the cliff below the road, protecting it and those houses but potentially intensifying erosion of nearby beaches? Or should it, in planning parlance, “recede” — essentially abandoning the cliff to Mother Nature? If the city chooses to keep shoring it up the cliff, it will face yet another quandary, noted Tiffany Wise-West, the city’s sustainability and climate action manager: “'Who pays?’ is a big question. Do we all pay as taxpayers? Do we require private residents to pay?”

Bangladesh, a low-lying country of about 167 million people on India’s eastern flank, borders the Bay of Bengal and is crisscrossed by rivers including the storied Ganges and the Brahmaputra. The bay and rivers long have defined Bangladesh’s economy; now, so is a changing climate.

Over the past decade, Bangladesh has spent about $500 million in government money on planning and projects to adapt to climate change, said Saleemul Huq, director of the country’s International Center for Climate Change and Development and one of the authors of Bangladesh’s response plan.

Along the coast, rice farmers are shifting to new varieties of the crop bred with the help of government money to grow in saltier water. But that is only a temporary fix, because eventually the salinity of the water will exceed the tolerance of the specially engineered rice. “We’re always playing catch-up,” Huq said. “When we can’t grow rice anymore, we switch to raising shrimp.” Yet even shrimp isn’t a panacea. It’s lucrative for those who farm it, but, unlike rice, it’s not a dietary staple. Huq compares climate adaptation in Bangladesh to an effort to fend off an invasion by space aliens. “It’s as if the initial scout ships of the alien invasion have landed on earth, and one of them has landed in Bangladesh,” he said. “The mother ship’s on its way. When it comes, it’s going to land in New York, London, Paris” and other major global cities.

“You guys are not ready for it yet. But you’re going to have to learn from us how to deal with it. Because we are learning.”