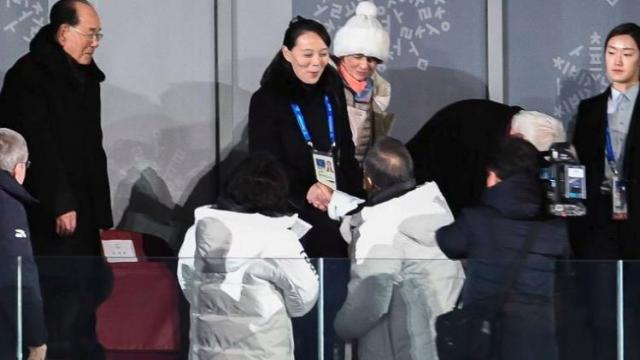 NEW YORK (CNNMoney) — The Winter Olympics kicked off from Pyeongchang, South Korea, on Friday night and NBC saw just a slight drop in TV ratings from four years ago.

The primetime opening ceremony hosted by Mike Tirico and Katie Couric brought in a 16.9 overnight rating, according to the network. That's a dip of about 8.6% from the Sochi Winter Olympics in 2014, which brought in a 18.5 rating.

All in all, a solid viewership for the network considering the influx of competition for eyeballs and the changing landscape of TV over the last four years. Not to mention, overnights don't measure streaming numbers and Nielsen ratings only measure American viewership, not a worldwide audience.

The number was the highest Friday primetime overnight rating on any network since the 2014 Sochi Olympics.

Nielsen takes the percentage of households watching in 56 US markets and comes up with an overnight average -- which means that 16.9% of households in these markets tuned into the opening ceremony on Friday night.

Overnights for Pyeongchang also topped the opening ceremony for the 2016 Rio Summer games, which brought in a 16.5 and were the lowest overnight rating for a summer Olympics opening ceremony since 1992.

NBC's broadcast peaked around 9-9:15 p.m. ET with a 18.6 rating. This was when Team USA entered the stadium during the Parade of Nations.

The top five markets that tuned into the games were all west of the Mississippi: Salt Lake City, Denver, San Diego, Seattle and Sacramento.