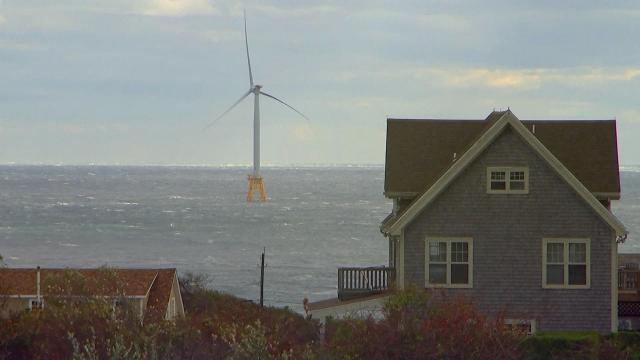 Raleigh, N.C. — The Senate approved a bill Wednesday that would stop all wind energy projects in the state for four years, despite an impassioned plea from the senator whose district will pay a steep price for the moratorium.

The controversial amendment was added by Senate Majority Leader Harry Brown to House Bill 589, a solar energy policy update that was carefully negotiated among stakeholders and strongly supported by House Speaker Tim Moore.

Brown said the moratorium through the end of 2020 would give a consultant time to determine where wind farms might conflict with training areas for military aircraft.

The moratorium would block two projects already in development, Alligator River in Tyrrell County and Timbermill Wind in Chowan and Perquimans counties. Both are in the economically disadvantaged district of Sen. Erica Smith-Ingram, D-Northampton, who argued that both have already been approved by the Department of Defense under the state's 2013 regulations governing wind development.

Smith-Ingram read from a recent Joint Land Use Study report that shows the DOD studied and approved the two projects as of no concern to Seymour Johnson Air Force Base or Marine Corps Air Station Cherry Point.

"That work has been completed, and it’s emphatically clear – the military has in fact given approval," she said. "Zero square miles of training route is affected."

Smith-Ingram said the developers have had permits in place for the last three years and have invested millions of dollars already.

"[That's] $1 billion of impact that is lost with this wind moratorium," she told the Senate. "To have this financial impact in my district is absolutely unconscionable.

"They are zero threat to BRAC," she pleaded, referring to the DOD's base-closure process. "Please, sir, consider that."

But Republicans dismissed the study as unreliable and argued any wind farms could hurt the state's chances in the next round of base closures.

The military is "very careful not to offend anyone in the civilian community. They’re also careful to guard against unnecessary ill will," said Sen. Ron Rabin, R-Harnett, "They’re unwilling to tell you the real conditions under which BRAC things happen."

Rabin urged senators to "not worry about all the reports and all the data. Go intuitive this time."

"Administrations have changed. People retire. BRAC comes back up," warned Sen. Tommy Tucker, R-Union. "Last time I checked, the military was a $30 billion industry to this state."

"Let’s take a step back, do the study, see where [wind] works and where it doesn’t work. It gets us out of the issue," argued Brown, R-Onslow. "For the life of me, I don’t understand why this is so difficult. Why would you take that chance?"

Brown was one of 10 GOP lawmakers who signed a January letter to the Department of Homeland Security, criticizing the DOD's approval of Amazon's wind farm in Pasquotank and Perquimans counties and asking incoming DHS Secretary John Kelly to shut the facility down. The agency has taken no steps thus far to do so.

The Senate vote was 33-12. The House voted not to agree to the Senate's changes, sending the measure to a conference committee to work out a deal. That may or may not happen before lawmakers adjourn the regular session later this week.