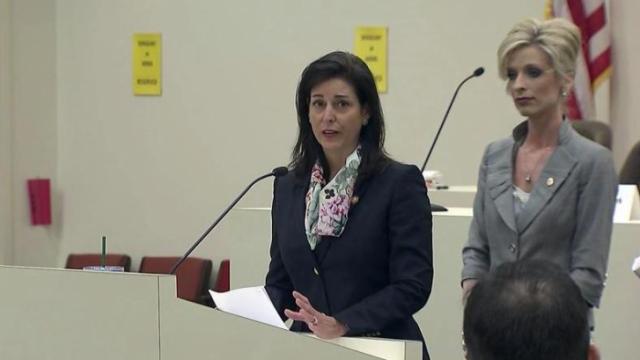 "I ran in 2012 because we needed a fresh voice in Raleigh. Now it is time for someone else to add their new voice," Martin said in an email announcing her decision not to seek re-election. "I am confident that there are new opportunities waiting to be discovered, for me and for whoever steps forward to continue the positive momentum we have made in making North Carolina one of the fastest growing economies in the country."

Martin chairs the House Commerce and Job Development Committee, where she has been a proponent of boosting incentives to encourage more business recruitment in rural areas. She also chairs the House Finance Committee and serves as a vice chairwoman on the House Regulatory Reform Committee.

"Rep. Susan Martin is an exceptional member of the state House who is uniquely committed to serving her constituents in eastern North Carolina," House Speaker Tim Moore said in a statement. "Her steadfast voice on behalf of families in Wilson and Pitt counties will be missed by her colleagues in the General Assembly and all North Carolinians who deserve the hard work and strong character she embodies as a legislative leader."

Under a proposed redraw of legislative voting maps, Martin would have to face Rep. Jean Farmer-Butterfield, D-Wilson, in the House District 24 race next year or move to remain in her current House District 8.