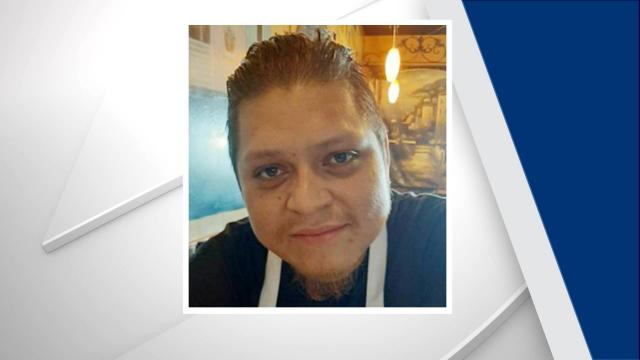 Wilson, N.C. — UPDATE: Wilson police said Yoni Aguilar Gamas, who was missing since last Saturday, has been located and is safe.

Wilson police are asking for the public's help locating a man who has been missing since Sept. 26.

Officers were called to the 1700 block of Hillcrest Drive regarding a missing person. Yoni Aguilar Gamas, 30, was reported missing by his wife, Anita Arreloa. She said her husband left after a domestic dispute.

Gamas was last seen wearing a brown T-shirt with jeans and black work boots. He has a previous medical condition that leaves him endangered.