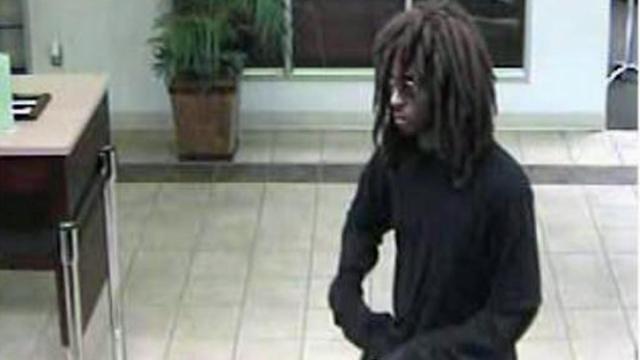 Authorities said Pitt displayed a weapon, threw a bag at a teller and demanded money. A wig he was wearing fell off as he jumped over a counter, and he fled the area on a bicycle with more than $22,000 in cash. All of the money was later abandoned when a dye pack exploded in the bag, authorities said.

He was arrested three days later during a traffic stop on Interstate 95 in Nash County.