Wilson foodies branch out from BBQ and soul food, still embrace their roots 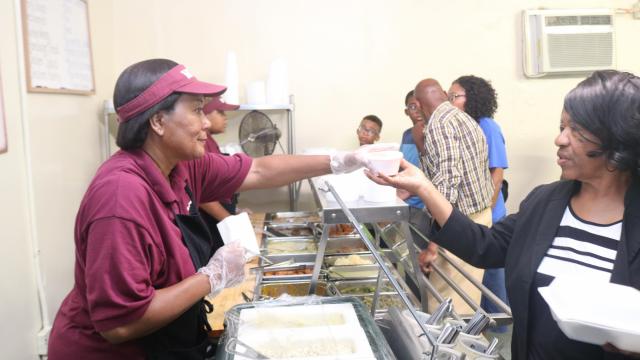 Wilson has a long history, and over time, has become characterized by a culture of agriculture, unique attractions like its Whirligig Park, and an evolving food scene.

The food scene, in particular, reflects Wilson's history and its evolution, with both longstanding classics and new additions popping up in Historic Downtown Wilson.

Until recently, most of Wilson's enduring restaurants and businesses sat outside of the city center. Places like Parker's, Beefmastor and the Whole Truth made a space for themselves away from Historic Downtown Wilson. Even Dick's Hotdogs, while on Nash Street, is still located a bit north of Barton College and considered outside of downtown proper.

A new generation of restaurants is calling Wilson home now though. There is a wide variety of options both in and outside of Historic Downtown Wilson that depart from the barbecue and soul food traditionally found in eastern North Carolina, and foodies are taking note.

To be clear, barbecue and soul food are not losing popularity. Parker's routinely has a line out the door, Beefmastor has its loyal weekly tailgate party, and Dick's is selling hot dogs as fast as it can cook them. These classics are still the heart and soul of Wilson and can't be replaced.

Dick's, for example, remains the "oldest, continuously family-owned and operated restaurant in North Carolina," as the original owner's grandson, Socrates Gliarmis, puts it. It opened in 1921 and has been going strong ever since.

Socrates, who goes by Soc, was named after his grandfather — the first Socrates Gliarmis. His grandfather, who went by Dick, chose to name the restaurant "Dick's" because his nickname would likely fit in a bit better locally than his given Greek name.

The younger Gliarmis said they are still at the original location but have expanded their menu to include hamburgers, fries and several other classic diner-style menu items.

"If you come in here, you're going to get talked to," Gliarmis said matter-of-factly. "We've got a bit of local charm, and we're going to find out about you when you're here."

Photographs of several celebrities line the walls of Dick's, depicting many of the people who have been "talked to" over the years. There are governors, professional athletes like Jerry Rice, legendary North Carolina coaches like Jim "Jimmy V." Valvano, and Hollywood actors.

Just to the south of Dick's lies soul food restaurant The Whole Truth, also a classic of Wilson history.

Tina Wilder recalls in the late 1950s when they first opened up as a small ministry of the adjacent church and only delivered food to people at local worksites. Wilder has worked in the kitchen ever since and spent the past 60 years making meals that are now the signature of the restaurant. Its reputation grew quickly, and it has added seating and even had to expand its space in the 1970s.

"We offer quality food and service and a clean environment," Wilder said. "We are also very gracious to our customers, which keeps them coming back."

Las Palmas, an authentic Mexican restaurant, has been in Wilson for 10 years. Although not a traditional "Southern" style eatery, Las Palmas is a staple for locals.

The Rodriguez family owns the business and daughter Arisbet said, "People always say it's just real, homemade Mexican food, and they love it."

When asked what she would say to anyone wondering why they are so popular, she simply advised to, "Come try the tacos."

These places, along with several others, have become part of Wilson's food legacy.

Adding to this great history are a number of eateries that weren't present in the 1920s or even the 1950s, but are making their mark on Wilson's food culture all the same.

Lovers of Cajun-style food flock to Da Bayou, which opened its doors just this year. It is already getting a lot of buzz after moving to the center of Historic Downtown Wilson.

Owner Chris Lavoie and business partner James Fountain opened the restaurant after a conversation with a Wilson local visiting one of their other restaurants in Blowing Rock, N.C. The customer loved the food and the atmosphere, and said he wished they had something like that in Wilson. This person also happened to own a building in Historic Downtown Wilson, and Lavoie and Fountain were able to collaborate with him to make Da Bayou a reality.

"Wilson has been very receptive," Watson said. "A lot of the locals come out and then spread the word. They bring friends, they bring family, and also we get out-of-towners. With the train station right here, it's been great because it gives people passing through a place to go downtown if they need to wait."

Watson said that she met someone who had a layover on the way to Charleston, S.C., and she recommended places he should see such as the Whirligig Park, 217 Brew Works, Tig's Courtyard restaurant, SaYum Jamaican Food, Bill's Grill and Downtown Public House.

Another new favorite, Tig's Courtyard, has added to this cooperative downtown foodie culture.

The owner and namesake, Andra "Tigger" Garris, agrees with Watson, saying, "We definitely all look out for each other and support the other restaurants downtown."

Tig's, as its often called for short, is open for breakfast and lunch and focuses on providing high-quality, affordable, fresh meals that are sourced locally, as well as great coffee. With help from a grant from the rejuvenation fund for Historic Downtown Wilson, Tig and her husband opened up the business last year and have quickly made many fans.

Food trucks are a growing sign of "foodie culture" in a lot of metropolitan areas, and Wilson is keeping up. During downtown festivals and live music events, they are now a regular sight.

Tom Curran, owner of 217 Brew Works, has worked to make them more than just an occasional part of the Historic Downtown Wilson experience.

"When we started our Live Music and Food Truck events every weekend, we experienced an immediate increase in the number of folks coming to downtown Wilson in the evening," Curran explained.

Some of these trucks come from outside of town, but increasingly, Wilson food vendors are participating.

SaYum Jamaican Food is now operating a food truck in addition to its storefront location. Krueger's Candies has a food truck now as well, serving hot dogs, doughnuts and other goodies.

Food and socialization seem to go together like peanut butter and jelly, and for those who love food (and who doesn't?), there is an abundance of options locally, both in and outside of Historic Downtown Wilson. Whether you fancy the enduring classics or you're enticed by exciting newcomers, there's no one stopping you from trying them all.