Wilson focuses on opportunities for teens to thrive 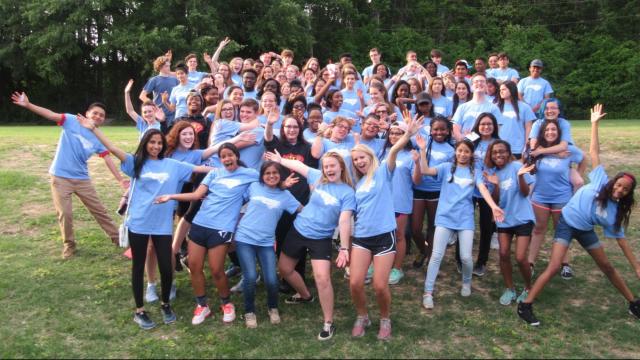 With multiple initiatives focusing on teenagers, Wilson, N.C., is devoting energy and resources to making sure this population can thrive.

Theresa Mathis works for the City of Wilson as a human relations specialist during the day, but she is also proud of her work with the Wilson Youth Council, an organization that she said is "for students looking to excel."

"It's important to have programs to challenge young people who have already caught up," she pointed out. "If we expect a lot from them, we find that they step-up and are able to take on much more responsibility and leadership than we may have assumed."

The Wilson Youth Council does this by bringing students together from every area high school -- whether public, private, charter, Christian or homeschool -- and making them responsible for a number of self-initiated volunteer projects in the community. The council elects leaders every year from among its approximately 150 members, and those leaders decide what projects to take on.

Each year, the members volunteer at around 30 different projects that they decide on. Some of them, like the Special Olympics and the Whirligig Festival, existed beforehand, while others they create on their own in smaller teams.

One team adopted a senior assisted-living facility. The teenagers visited the facility for months, and were able to involve every resident in their social events and mission.

There are youth councils around the state, but Wilson's has been recognized as "Most Outstanding Youth Council" in 2015, 2014, 2011 and 2008, and has earned awards from the Governor's Youth Advocacy and Involvement Office every year for the past 10 years.

"This is just a symptom of their hearts being in the right place," Mathis said. "When you do the kind of work the Wilson Youth Council does every year, these kinds of accolades just come naturally. It means you have a depth and a heart worth recognizing."

Other students looking for opportunities to excel have sought out Wilson's Early College Academy. The program is a full-time public high school, but in partnership with and on the campus of Wilson Community College.

During the five-year program, students earn the credits necessary both to graduate from high school and to achieve an associate's degree from the community college.

Principal Nelson Johnston outlined the large head-start his students have after completing the program.

"Our school counselor, Ms. Ashley Skinner, does an outstanding job with our students when it is time for them to apply to colleges," Johnston said. "Once our students graduate -- with both a high school and associate's degree -- they receive scholarships from other colleges and universities."

He added, "These scholarships allow them to typically earn their bachelor degree practically free, as well. Last year we had 53 graduates, and there was $1.6 million in scholarship money offered."

The program is 63 percent minority and 54 percent economically disadvantaged, but unlike schools with similar demographics, their statistics are well above the state average.

U.S. News and World Report ranked WECA among its best high schools not only among North Carolina high schools, but also the nation's.

When asked why he thinks WECA is able to achieve at this level, Johnston said he credits his teacher for the school's success. He believes the close relationships they have with their students are owed to "smaller class sizes and the absence of discipline."

"Then, the rigorous coursework, project-based assignments and cooperative learning groups lead to better scores in this environment," he added.