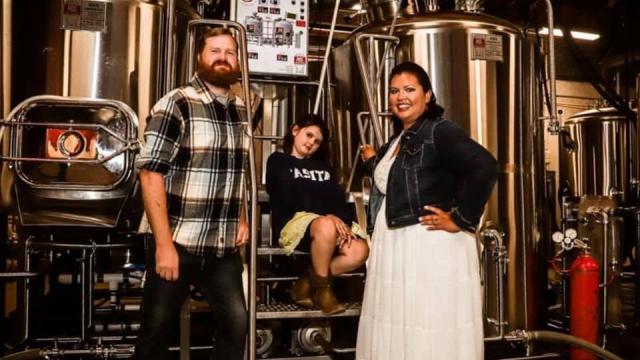 In Historic Downtown Wilson, business is booming. From a new brewery to a record store to an artist boutique, the streets around Wilson's famous Whirligig Park are buzzing with activity.

The city has been integral in making Historic Downtown Wilson a hot spot for local businesses — and for those involved, the downtown renaissance has been years in the making.

"About a dozen years ago or so, the city council committed to funding downtown development and making it a priority initiative of the local government to realize the revitalization of the downtown area," said Kellianne Davis, downtown business specialist for Historic Downtown Wilson. "We've been seeing a steady increase in interest of small business owners to move to the downtown area. There's power in numbers, and the more energy we get around downtown and the more businesses we can get to relocate here — that's the key to success."

One of the main catalysts of the downtown revitalization was the Whirligig Park — a one-of-a-kind park that combines art and science through a collection of large, unique kinetic sculptures created by artist Vollis Simpson, which opened in 2017. The iconic park welcomes tourists from all over, serving as a hub for events and generating national attention.

Since that burst of traffic, Historic Downtown Wilson has been on an upward trajectory. Even in the midst of COVID-19, business hasn't ceased.

"We're really fortunate that so far, we've seen very little business closure at this point. I don't want to minimize the long-term impacts, but that being said, we have had a couple of new businesses announced that they are opening in downtown, even in this pandemic," said Davis. "We have a nail salon that recently opened up. Another woman who had a successful jewelry business for some years joined up with fellow artisan community members and invited them to show their products within her boutique — and that'll be opening up very soon here at the top of next year."

In addition to the new shops, Downtown Wilson's 217 Brew Works has taken on new ownership. The previous owners, Tom Curran and Barbie Conklin, first opened the brewery to serve as a community gathering space after seeing the plans for Whirligig Park. The two recognized the need for businesses surrounding the park to generate more traffic and so they restored a previously rundown building to house the brewery, host events and live music, and bring in food trucks.

After the Currans were forced to halt operations during the pandemic, they decided to turn the business over to new owners. Now dubbed Casita Brewing Company, the brewery's new owners Ryan and Mahalia Witter-Merithew came back to Wilson to open up the space after starting a brewery in Vermont.

"Mahalia and Ryan had actually looked at Wilson for opening their first brewery since Mahalia was from here, but they didn't want to open two breweries at the same time, so they went to Vermont and operated there for two years. When they got wind of the previous owners wanting to change hands, they came back, and they've been a real asset to downtown," said Susan Kellum, downtown marketing and communications coordinator for Historic Downtown Wilson. "In addition to their programming, they've picked one nonprofit per month to partner with through the brewery and to give part of their proceeds to. Everything they're doing is helping to support other downtown businesses and nonprofits, and it's all just a domino effect."

Aside from regular events and donations to nonprofits, Casita is also hosting a collaborative mural project. So far, over 14,000 people have added a color to the mural each week and they expect even more will have contributed to the collaborative piece of art by the end. Additionally, they recently donated $2,000 to a local transportation system that offered free rides to and from the polls all the way through Election Day.

In building so much energy for downtown support, businesses like Casita Brewing are bringing a newfound buzz to Wilson's downtown corridor. In fact, a unit adjacent to Casita that sat vacant for years was recently purchased, with plans to develop a pizza restaurant in the space.

As Historic Downtown Wilson continues to grow, the root of its success can all be traced back to the Whirligig.

"The primary goal of the Whirligig Park in and of itself was to create an arts-driven economic engine for revitalization, and it really brings the focus back to art and innovation," said Kellum. "Something we're working on now is having an Avenue of the Arts and an Avenue of Sciences — because we were the state's first gigabit city. One of the things we've done since the beginning, even at the Whirligig Park, is to put together an educational component that also focuses on the art and innovation."

Using that art and innovation as a model for moving forward, Historic Downtown Wilson is well-equipped to build on the buzz that's already been generated, transforming the area into a destination for tourists and locals alike.