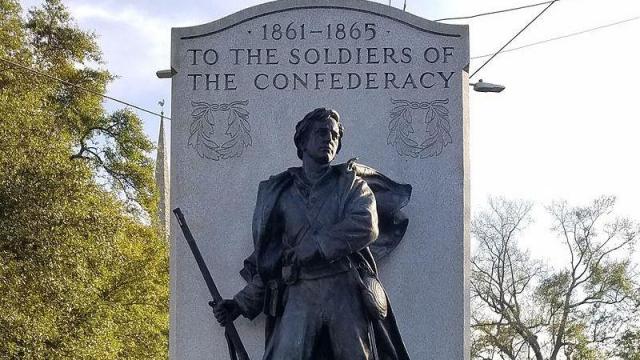 The second memorial removed was the George Davis statue in the Market Street median at 3rd Street. This statue is 8-feet tall and bronze, dedicated to a Confederate senator and Attorney General. At the granite base of the statue there are gilded seals of North Carolina and the Confederate states. This statue was also erected by the Daughters of the Confederacy.

The statues have been the center of debate after the removal of other monuments to the Confederacy in states across the country. A nightly curfew in the areas around the statues had been in place since Saturday. Wilmington City Council discussed the future of those monuments in a closed session on Tuesday and was set to take up the issue again Wednesday, but that business was supposedly pushed back to an unknown date.