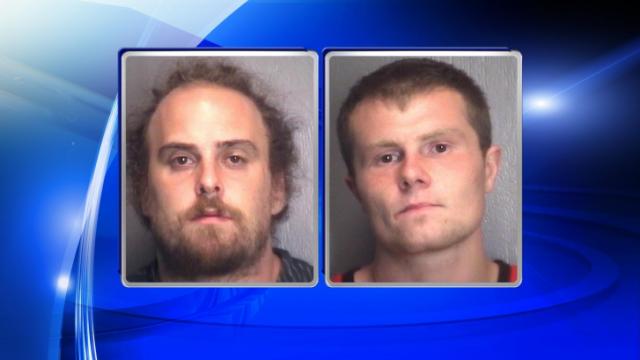 Wilmington, N.C. — Wilmington police arrested two men Tuesday at the Travelodge on Market Street and charged them with kidnapping, involuntary servitude, human trafficking and contributing to the delinquency of a minor.

Two teenage girls from North Dakota told police that the men brought them to North Carolina against their will and were forcing them to work for a Missouri-based company. Police did not specify what kind of work the girls were doing.

The girls, who are sisters, told police they asked several times to go home.

Justin Angermeier, 28, of Missouri, and Jeremy Moots, 22, of Oklahoma, were being held on $350,000 bond apiece. The girls were in protective custody until their parents could be contacted.