WILLIAM L. ROPER: It is time to 'settle things down' in the UNC system 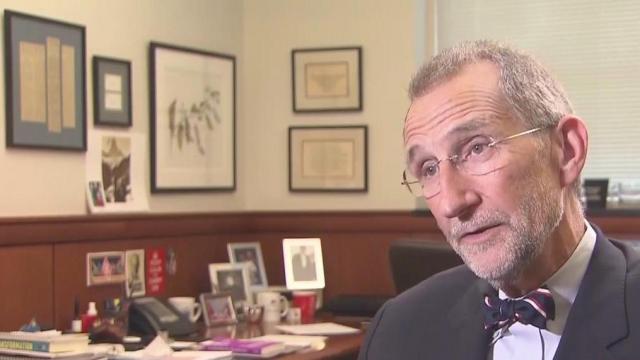 EDITOR'S NOTE: William L. Roper is interim president of the Univerity of North Carolina System. He was interviewed by the Higher Education Works Foundation.

The Interim President of the University of North Carolina System says his job is a remarkable privilege – but he also knows the University faces some trials.

“We have some challenges,” Interim President William L. Roper says in an interview. You can view a video of the interview here.

“And one challenge, just to be direct about it, is the last two or three years have been pretty chaotic within the university system. What I’m trying to do, as I work with and for the Board of Governors and with the chancellors and others across the system, is settle things down.”

The goal, he says, is “to get us to a stable operating environment where we can do the real important work of educating the current and future generations of North Carolinians, doing the research and health-care delivery and all the other things that make this such a powerful gem that the people of North Carolina have.”

And again, he says his role is to settle things down.

“There’s always going to be some turnover,” he says. “But it is true, in some high-profile jobs in the last year or so, we’ve had substantial turnover. I think we are headed into a quieter phase, if I could put it that way, of less of that kind of turnover. That’s my earnest hope. That’s what I’m trying to produce.”

“We have other challenges,” he says.

“One is we need to welcome even more people into the education process, so we need to improve the access that people have to the product that we offer. Secondly, we need even further to increase the productivity of the system, so that more people get their degree on time in four years, and surely in five years.

“We need to do all of this for less money,” he says.

“Even before we get to ‘we wish we had more money,’ we need to show better return, more efficiency, more productivity to the people we serve for the large amount of money that they entrust to us already. The American public and surely the people of North Carolina have decided in large part that higher education just costs too darn much – and we ignore that to our peril.”

He oversaw tremendous growth at UNC Health Care – and he sees parallels between curbing costs in higher education and in health care.