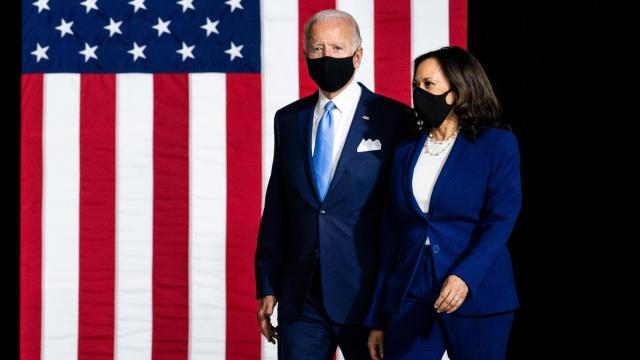 Before he was elected in November, Joe Biden promised that his “theory of change” for reforming the economy would be “ending poverty.” He pledged to champion a $15 minimum wage, affordable health care for all and federal action to address systemic racism. In the midst of an economic crisis, a pandemic and an uprising for racial justice, low-income Americans — Black, white, brown, Asian and Native — voted to overwhelm a reactionary base that President Trump had stoked with lies and fear.

As Democrats have argued about losses in congressional districts that saw a surge of Mr. Trump’s base, some have suggested the Biden administration’s mandate is to compromise with Republican demands. But Mr. Biden and Kamala Harris’s victory depended on the turnout of a diverse coalition that wants economic and racial justice, and deserves bold policy solutions.

At least six million more low-income people voted in this election than in 2016. According to early polls, those with household incomes of less than $50,000 voted for Mr. Biden by an 11.5-point margin — a more than 30 percent increase. This surge of poor and low-income voters of all races joined Black, brown and Native voters as well as white anti-Trump voters in the suburbs to meet and surpass the turnout of Mr. Trump’s base.

Voters also supported at least 14 ballot initiatives across the country that increase taxes on the wealthy, protect workers, address housing issues and homelessness, bridge the digital divide, fund transportation, confront the criminalization of poverty and limit campaign contributions. Voters across the country demanded health care, living wages, the decriminalization of their communities and a system that taxes those who can afford it most. Sixty-three percent of Americans now say that the government has a responsibility to provide health care for all. Around two-thirds of Biden voters in Michigan, Pennsylvania and Nevada say that systemic racism is a significant problem, and the same proportion of Americans surveyed last year favored a $15 minimum wage.

Part of the support for Mr. Biden and Ms. Harris is explained by the deep suffering and desperate need that exist in a nation with 140 million poor and low-wealth citizens. Since May, at least eight million people have fallen below the poverty line, tens of millions of Americans may face eviction in the coming months, and families with the lowest incomes have disproportionately lost jobs. It’s no wonder so many used their votes to challenge decades of neoliberal trickle-down policies that have not worked for so many.

To fulfill the mandate that the 2020 electorate has given them, Mr. Biden and Ms. Harris must reject the politics of austerity and fulfill their commitment to policies that address human needs and cultivate human capacities. While the Georgian runoffs will determine whether Democrats have a Senate majority, the new administration can take a bold stand now and commit to policies that would lift Americans regardless of their party affiliation. We must have immediate relief targeted to the Black, Native, poor and low-income communities that have suffered most from Covid-19, alongside universal action to address the root causes of inequality by guaranteeing every American access to quality health care, a $15 minimum wage, the right to form and join a union, and access to affordable housing.

To address the political obstruction that has made so many other policy changes impossible, the Biden administration must push to expand voting rights to include universal early voting, online and same-day registration, re-enfranchisement of citizens affected by mass incarceration, statehood for Washington, D.C., and full restoration of the protections of the Voting Rights Act. Real change can be sustained only if the level of voter participation we witnessed this year is sustained.

This administration must modernize the way the government measures poverty so that it accounts for increases in costs of education, housing and transportation. It should begin a federal jobs program, forgive student loans, honor the sovereignty claims of Indigenous tribes, secure quality public education for all and pass meaningful immigration reform.

The economy Mr. Biden and Ms. Harris inherit will have been weakened by the coronavirus pandemic, which will lead many on both the right and the left to caution that we cannot afford to be too ambitious. But the truth is we cannot afford not to. From the Trump administration’s tax cuts for the wealthiest Americans to the government’s relief spending to shore up American corporations this year, we have seen what huge federal investment can do to lift the stock market. It’s past time to see what the same level of investment can do to lift the American people.

We are both preachers, and our faith tells us the well-being of any nation’s soul is tied to the welfare of its most vulnerable people. “If you are generous with the hungry and start giving yourselves to the down-and-out,” the prophet Isaiah says, “you’ll be known as those who can fix anything, restore old ruins, rebuild and renovate, make the community livable again.” That is the nation millions of poor and low-income people voted for this year. It is the America we pray Mr. Biden and Ms. Harris will have the courage to lead toward.