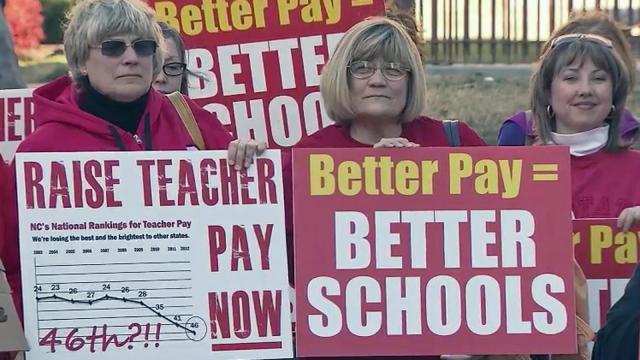 "That makes me want to be a third-grade teacher," said lead Senate budget writer Harry Brown (R-Onslow), who owns a car dealership.

This legislation isn’t just about rewarding teachers. Its ultimate goal is improving third-grade reading scores – a special focus for the Republican-led legislature. But research from past experiments in North Carolina, as well as from other similar experiments in New York City and Nashville, show hardly any evidence that bonuses drive up student performance. 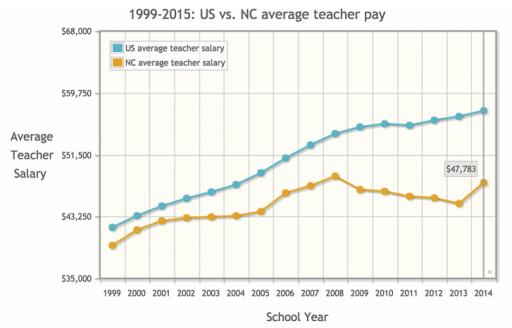 Trip Stallings, policy researcher at the Friday Institute for Educational Innovation at North Carolina State University, said there's likely one big reason why these incentives haven't worked in the past.

"There is an implicit assumption with any kind of incentive-only plan, that the target is not doing already as much as he or she can do," Stallings said.

Bonuses may work in retail or in a factory setting to boost sales or output, Stallings said. But teaching is different. Most teachers are already motivated to do the best they can because the futures of tiny humans are at stake.

"We have different levels of quality of teachers, but I don’t think that we’re going to find too many teachers who are knowingly underperforming in terms of what they can do with their students now," he said.

Bonus plan appealing, but not fair, some say

Turquoise Parker is a third-grade reading teacher at Eastway Elementary in Durham. Eastway is a Title I school. Almost all the kids come from low-income backgrounds, and some of them are even homeless. The school got an ‘F’ on the state’s school grading system, but met it expected student growth.

Parker says she doesn't think a bonus would make her teach better.

"I feel like I have dedicated my whole life to this profession and to my children – the children I serve," she said.

But, Parker said the bonus is a good sum of money.

"Of course it’s appealing," Parker said. "Because if you’re a North Carolina teacher, an extra $6,000 – that would be nice. But I can’t get where I am without the grades that came before me. I did not build them to be ready in one year. I did not do that by myself."

Parker said she doesn't think the bonus is fair to teachers in other grades, and that it would create a toxic level of competition. The best way to improve student outcomes, she said, is to provide more support services to poor students, improve teacher preparation and increase pay for all teachers.

"All I really want them to do is give us a real raise – give us fully funded schools," she said.

A potential for results down the road

Stallings isn’t all down about teacher incentives. In fact, he said the plan to give teachers $50 bonuses for each student who passes their AP or other advanced course exam may encourage teachers to push more students into those classes, including students of color, who are underrepresented.

And though incentives haven’t been shown to directly impact student outcomes, Stallings noted they have been shown to keep good teachers in schools that need them.

"After that starts to stabilize, after we see less turnover in terms of the teacher population, that’s when we’re likely to see some of the outcomes we want to see for student achievement," he said.