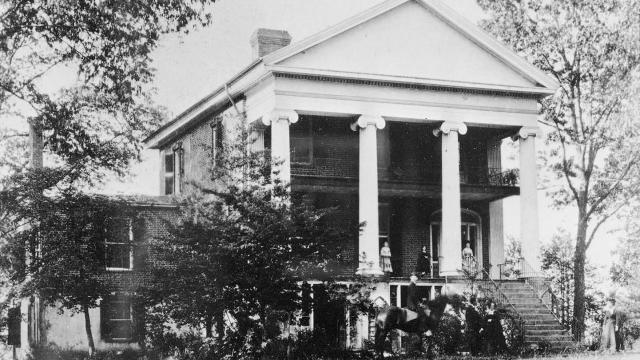 As families stroll, picnic and play by the trees in Fred Fletcher Park, many have no idea the surrounding area once held a 19th century mansion – and a mysterious legend of a castaway named Will, who escaped a slave ship and lived in the woods on the land that belonged to Joel Lane, commonly known as the 'Father of Raleigh.'

The legend of Will's Forest dates back to the 1700s, before the City of Raleigh even existed--but his name still lives on the street sign for Will's Forest Street, which comes to a dead end at Fred Fletcher Park. 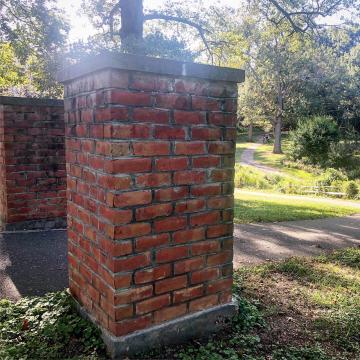 "When you see references to 'Will’s Forest' in Raleigh, it refers to this story of 'Will' that appears in multiple accounts from the 1800s. In that story, Joel Lane or Colonel Devereux [depending on the account] rescued two enslaved men, possibly victims of a ship wreck, and is said to have given them land and a cabin on their property," said Lanie Hubbard, Director of the Joel Lane Museum House.

The legend of Will's Forest

"The area just north of Peace Street on both sides of Glenwood Avenue has been known as Will’s Forest for nearly as long as Raleigh has existed," wrote the State Archives of North Carolina.

The story of Will's Forest originated from two written accounts – one by Ellen Mordecai and the other by Margaret Mordecai Devereux. Both women were related to Joel Lane, known as the father of Raleigh. 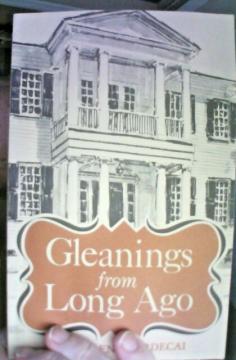 The legend of Will's Forest begins in 1760, when a slave ship bound for the English colonies crashed on the North Carolina coast.

Six naked and starving enslaved people were discovered, captured and brought to to the village of Bloomsbury, the community that would later become Raleigh.

According to legend, Joel Lane took pity on the two remaining men, Mark and Will and built a cabin on the northern edge of the Devereux land for the two enslaved men to live in. 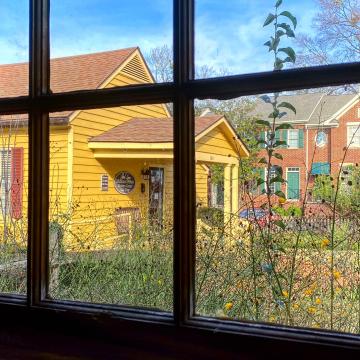 The location of the cabin and plantation would have been where the Glenwood-Brooklyn neighborhood of Raleigh is today, where street names like Will's Forest Street and Devereux Street remain as reminders of the history hidden there.

Ellen's account said Mark was quick-tempered and feared by local children. However, Will was kindhearted, jovial and beloved by the children of the Lane family. In fact, Devereux's book refers to him as 'Daddy Will.'

Margaret described Will's cabin as "near a locust tree." She describes "a pretty little spring down in a dell at the foot of a steep hill" that they referred to as "Daddy Will's Spring."

Will had a dog named Gibbersy and a rice patch of his own.

While the Lane family did own slaves, and Ellen's account is full of its own prejudices, she said the children paid regular visits to 'Daddy Will' and remembered him fondly – perhaps explaining why the story of 'Will's Forest' has stuck so strongly throughout the generations.

Will is said to have died in the 1820s or 30s, and he requested to be buried sitting up with his wallet, pipe, tobacco and walking stick placed beside him. Margaret wrote that he was buried on that very land, alongside his beloved dog and his gun.

Hubbard said it's important to remember that neither of these women would have likely ever met Will. "All the records we have of Mark and Will are memories of memories," said said.

The Will's Forest (or Devereux) Mansion was built in 1840, around 20 years after Will's death.

The mansion was located in the present-day Glenwood-Brooklyn neighborhood of Raleigh. According to Ellen, it was built near the remains of Will's cabin in Will's Forest.

The two known names of the mansion are reflected in the two modern streets in that neighborhood, Will's Forest Street and Devereux Street, which run directly parallel to each other.

Margaret Devereux described the mansion as her family's summer home, three blocks east of St. Savior's Chapel. She said the family's land formed a circle of 10 acres in front of the mansion. 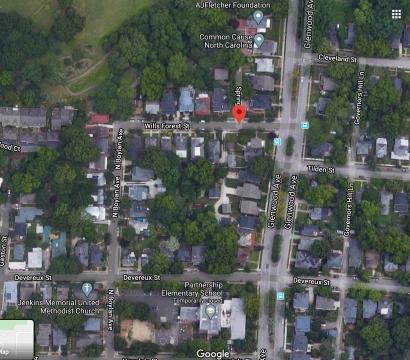 For the 65 years the mansion stood, it was said to be "quite a destination for the upper crust," according to the State Archives.

According to Margaret's account, the yard had "a small maple tree with queer round knobs on the trunk that made it easy to climb and several handsome magnolia trees." The children called the tree the Knobby Maple.

Is it possible that maple could still be found somewhere in the park or the surrounding neighborhood today?

The mansion was torn down in 1906, when the city extended Glenwood Avenue past Peace Street. Around the same time, a railroad was put through, paralleling Glenwood and slicing through the Devereux family property. Railroad tracks can still be seen cutting through the woods nearby.

The land was divided and developed into the neighborhoods and park we see in modern times. 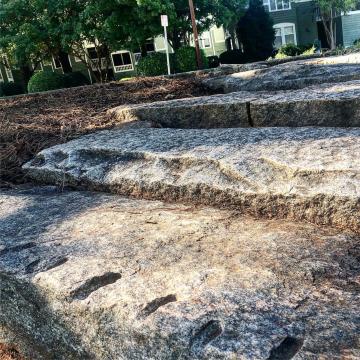 Was 'Will' real or just a Raleigh legend?

The story of Will and Mark primarily comes from two accounts of women who heard stories of Will's Forest from their family members--not two women who actually recall these men personally.

Ellen's story even begins, “Long time ago when my mother and aunts were little girls..." These words imply that Ellen is simply passing along family stories.

Hubbard said, "The story has a lot of loose ends. Why would Joel Lane, living in Wake County, take responsibility for victims of a ship wreck all the way on the coast? Why is there no record of him purchasing the men, or record of him freeing the men?"

Hubbard also wondered why Will and Mark are not listed together on Lane's estate records. She said she has found two men named Will in Lane's documentation, but one is married, so she doesn't think that's him. The other Will appears in Lane's documents, but there is no mention of Mark, who is supposed to have lived with him.

"I feel like there’s enough detail, and the story shows up in a couple of different places, that there is some truth there," said Hubbard.

However, she said there’s not enough detail to know exactly how much is true--and how much is legend passed down through family members of the Lane and Devereux family.

Joel Lane Museum House has uncovered the names and stories of many of the enslaved people who once lived there. Here are their stories.