Will campaign contributions come up in court cases? 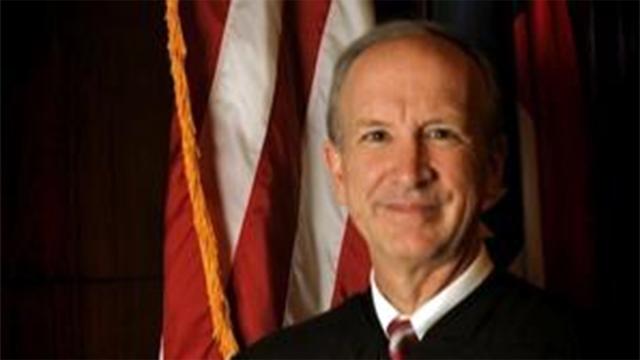 Raleigh, N.C. — As Supreme Court Justice Paul Newby, a Republican, and Democrat Sam Ervin IV battled during the campaign, the question of outside campaign spending on the race was somewhat academic: Would heavy spending by special interests who will have issues before the court color the judgment of whoever was elected to the state's highest court?

Now that Newby has secured a second term, that question becomes a little bit more concrete. To understand how, it's useful to go back to a 2009 U.S. Supreme Court case known as Caperton v Massey out of West Virginia, which established that there is a point at which so much money is poured into a judicial campaign that a judge can no longer be impartial.

Back in 2004, Don Blankenship, the CEO of Massey Energy, knew a court case that could cost his company millions was headed to the state Supreme Court. That same year, Brent Benjamin was running for a seat on that court. As detailed by the U.S. Supreme Court brief, "In addition to contributing the $1,000 statutory maximum to Benjamin’s campaign committee, Blankenship donated almost $2.5 million to “And For The Sake Of The Kids,” a political organization formed under 26 U. S. C. §527. The §527 organization opposed McGraw and supported Benjamin ... This was not all. Blankenship spent, in addition, just over $500,000 on independent expenditures – for direct mailings and letters soliciting donations as well as television and newspaper advertisements."

Predictably, when the Massey case hit the state Supreme Court, Benjamin found in favor of the company.

North Carolina's judicial election doesn't present such a clear-cut case. In West Virginia, one individual was pumping a disproportionate amount of money into the campaign.

In North Carolina, two independent expenditure groups spent the bulk of the money on behalf of Newby. Final campaign reports haven't been filed for the year, but it appears roughly $2 million was raised and spent by the N.C. Judicial Coalition and Justice for All N.C. About half of that money came from explicitly Republican groups, including $875,000 from the Republican State Leadership Committee and $50,000 from the N.C. Republican Party. Other significant contributors included R.J. Reynolds Tobacco company and SAS CEO Jim Goodnight.

Although it's unclear if, say, a tobacco-related case is going to make its way to the court anytime soon, the state Supreme Court will almost certainly be asked to rule on whether new legislative districts drawn by Republican lawmakers are legal. Already, the court has been asked to decide a public-records issue related to the case.

With Republicans giving so much money to Newby's cause, if not directly to his campaign, could his judgment be compromised to the point where he'll have to step back from that case?

"It's not a clear line. It never was," said Paul Carrington, a Duke University law professor. Caperton, he said, doesn't draw a clear line at when campaign spending becomes problematic.

But looking at the spending by Republican groups is troubling, Carrington said.

"The only reason they would do that is because they think that Newby will sustain the redistricting arrangement. I think it's pretty rotten," Carrington said.

A spokesman for the RSLC did not return phone calls seeking comment. However, it's fair to note that the committee defines its mission as electing "candidates for the office of attorney general, lieutenant governor, secretary of state and state legislator." A judicial campaign appears to be something of a departure for the group.

During the campaign, Newby took umbrage at the suggestion his favor could be bought. He said his oath as a judge required him to apply the law in an even-handed fashion.

"If I were unable to uphold my oath, I would resign," Newby said before the election.

Generally whether a judge recuses himself from a case or not is left up to the individual. The state's code of judicial conduct calls on judges to step away from a case if they believe there is "a personal bias or prejudice concerning a party." Much like the ruling in the Caperton case, that's not exactly a clear cut standard.

Lawyers for the NAACP, one of the plaintiffs in the lawsuit hoping to overturn the Republican-drawn legislative districts, do seem to have taken an interest in the RSLC. A fundraising letter in which officials boast about helping redraw legislative boundaries and delivering "solid results in a number of states, most recently in North Carolina" is part of exhibits in the case.

Anita Earls, a lawyer for the NAACP, declined to comment on whether Republican independent spending on behalf of Newby would be raised in their case. Eddie Speas, a lawyer for another set of plaintiffs, did not return phone calls seeking comment.

Carrington said that the plaintiffs ought to raise the issue if they're not already planning to.