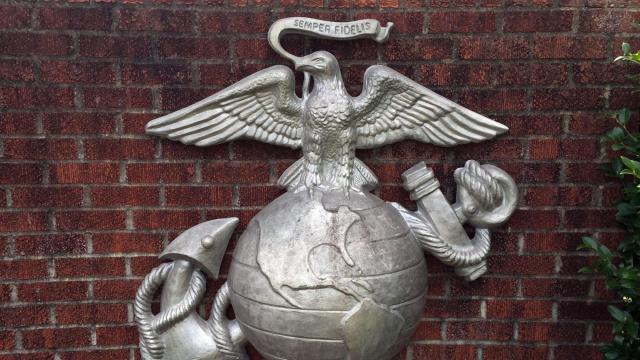 Onslow County commissioners decided on the state of emergency not only because of the fire, but the dense smoke it is creating, said spokeswoman Lisa Whitman-Grice. She said they had not received any reports of burned structures. Authorities are going door-to-door to evacuate people in the Stump Sound township southwest of Camp Lejeune.

About 20 homes and a mobile home park were evacuated earlier in the day as the blaze that began Saturday covered about 2,000 acres.

Leonard Szymanik, 68, said authorities asked him and his wife to evacuate around 3 p.m. He said burned-out embers from the blaze were falling from the sky at the time and smoke was making it difficult to see.

"It was starting to get really, really thick," Szymanik said.

Szymanik said he's concerned about his home and hopes firefighters can handle the blaze. He and his wife are spending the night at a Red Cross shelter along with about a half-dozen other people.

Officials do not know how many homes or people will be impacted by the evacuations.

Ways to help protect yourself from wildfire smoke