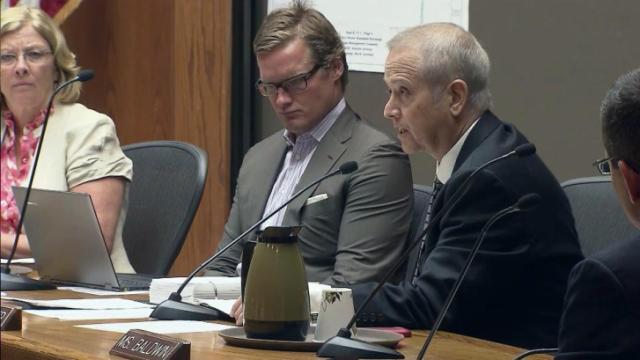 Raleigh, N.C. — The Raleigh City Council voted unanimously Tuesday to appoint Kay Crowder to fill the seat of her husband, Councilman Thomas Crowder, if his health forces him to step down before his term ends in December 2015.

Crowder two weeks ago told his fellow council members that he is losing his battle with testicular cancer and isn't sure how long he will be able to serve his constituents.

He has represented District D in southwest Raleigh since 2003.

In other business, the City Council added restrictions to road races and special events, capping the number at 95 per year, adding fees and implementing neighborhood notification requirements, among other changes.

The council also heard recommendations on business signs from a special task force but didn't vote on the matter. The task force's suggestions, which were referred to a council committee, would allow businesses to use more window space for signage and would limit the use of parked commercial vehicles for signage.