How lessons from Rwanda could help China fix its myopia crisis 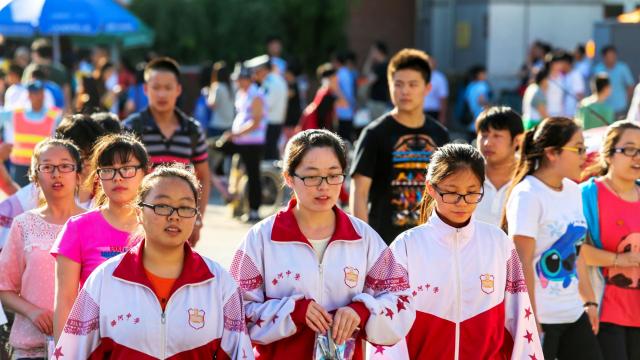 There are now an estimated 720 million Chinese citizens with uncorrected poor vision, according to Dr. Xun Xu at the Shanghai Eye Hospital. Short-sightedness increases dramatically with age; it affects over half of children aged 10, 80% of 16-year-olds and over 90% of university students in China.

But the Chinese government has the resolve -- and a five-year plan -- to eradicate poor vision and preventable blindness by delivering "universal medical eye care for all."

It is a huge undertaking but worth doing, as treating myopia is more than just a health issue.

Myopia costs the global economy around $3 trillion a year in health costs and lost productivity, according to a 2010 report. By 2050, nearly 50% of the world's population is predicted to have myopia, according to the American Academy of Ophthalmology.

Vision is the golden thread by which many of the UN's sustainable development goals can be achieved, including quality education, decent work and economic growth, and gender equality.

China should draw on the experiences of countries that have set an example on the issue.

In Rwanda, during my tenure as minister for health and thereafter, we executed a plan that has provided all 12 million citizens with the option of accessing glasses. The glasses cost as little as $1.50 and are provided free for the poorest 20%.

Rwanda's history sets a precedent for such policy, not only in its ambition but also in its feasibility.

The key strategy was training nurses at regular health centers to deliver sight tests and prescribe glasses. In Rwanda, between 2012 and 2017, a three-day course trained about 2,800 nurses to perform eye exams nationwide and provide appropriate eye care, meeting a critical shortage of trained specialists to diagnose eye conditions.

Restrictions that had previously prevented other health workers from carrying out vision tests were removed so testing was not merely confined to ophthalmologists.

These professionals, working in Rwanda's health centers, have now distributed over 150,000 affordable glasses to those in need.

As in China, consistency of health care between rural and urban parts of Rwanda was an issue. To address this, the government set up 502 health centers with good access to all 15,000 villages across Rwanda. In each health center, four general nurses were upskilled to provide basic vision testing and eye care, alongside their other duties.

China faces a significant discrepancy between eye care in the urban areas, where most ophthalmologists practice, and the rural regions where approximately 42% of the population lives; people there often live 50 miles or farther from the nearest town or city.

Like Rwanda, China can also expand the types of providers who can deliver these screening programs in the countryside.

In nine out of 10 cases, all it takes to treat poor vision is a simple pair of glasses. According to Euromonitor, China is the largest manufacturer of eye glasses in the world and so is well positioned to make those gains; unlike Rwanda, it wouldn't need to import.

There could be economic benefits in doing so.

Tea farmers in a plantation in Assam, India, became 20% more productive when they wore a simple pair of reading glasses, according to a recent study by Clearly, an organization trying to tackle uncorrected poor vision across the world, which was published in the journal Lancet Global Health.

And for those employees over the age of 50, their output increased by no less than 31% -- a larger productivity increase than has been recorded by any other health intervention known featured in peer-reviewed research.

Xi's recent focus on the myopia issue has caused some to suggest that children's obsession with video games, which keeps them indoors, is to blame.

Although there is mixed evidence for whether near work itself leads to myopia, one factor in the development of myopia is the amount of time spent outdoors in the sunlight.

While all potential causes of myopia should be examined and prevention is important, the challenge for China at this juncture is to get eye testing and affordable glasses to all those who need them.

The potential for China -- one of the fastest-growing and most technologically advanced economies in the world -- is immense.

The country's commitment to this eye care revolution will translate into benefits well beyond the health sector and will help to promote literacy, education, the economic empowerment of families and the country as a whole.

As we implement and sustain these programs, Rwanda should continue to share its experience and learnings with China.