Why are we overestimating the Ebola threat? 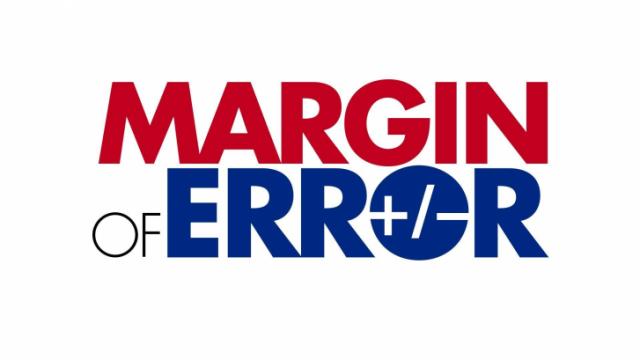 Raleigh, N.C. — In a CNN poll from September, 27 percent of respondents said they were "concerned" or "very concerned" that they or someone in their family would get Ebola. Translated into actual numbers, roughly 65 million American adults are worried about getting Ebola.

As of now, just one verified case of Ebola has been documented in the United States, and unless the extremely improbable happens, Ebola will not spread far or easily in the U.S. There are multiple reasons why this is the case, primarily because our health care system is better equipped to handle outbreaks of infectious diseases.

If the chances of anyone in the U.S. contracting Ebola are so minuscule, why do so many Americans worry about it? Is the news media fanning the flames? I think there is something to that, given the blaring headlines about its appearance in the U.S.

But worry about Ebola also fits a well-documented pattern where people worry more about things perceived as "dreadful, even if they are improbable." Americans are unfamiliar with Ebola, so that adds to the disease's dreadfulness.

The graph below – Source: Cutter S.L. 1993. "Living with risk – the geography of technological hazards – illustrates this relationship by plotting risk perceptions based on their familiarity and dreadfulness. 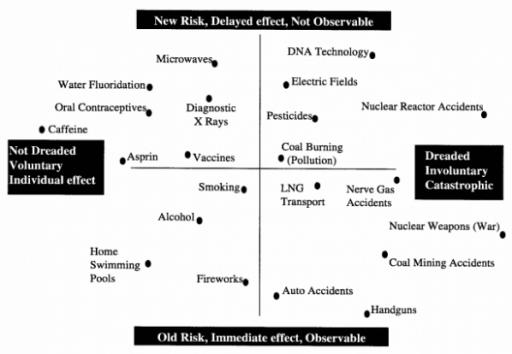 As an example, car-related deaths have surpassed 30,000 per year for decades. Yet, car travel is so familiar and routine that few adults fear driving. Meanwhile, air travel is seen as riskier even though it is safer than ever

"In the last five years, the death risk for passengers in the United States has been one in 45 million flights," according to one recent study.

Traffic fatalities increased after the Sept. 11, 2001, terrorist attacks because more people chose driving over flying because planes were used in the attack.

The larger point I’m making is that people tend to underestimate known risks that aren't dreadful, and they overestimate risks that are new and can't be controlled. It is therefore no surprise that worry over Ebola is high, even though objectively that shouldn't be the case.